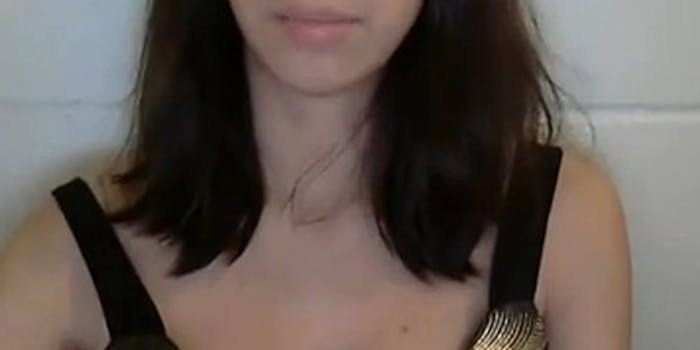 YouTube altered its algorithm in response to the reply girls phenomenon, but did it work?

It’s been two weeks since YouTube rewrote its related video algorithm to deal with the reply girls. Did it work?

Yes, and no. It not only affected the reply girls, it also impacted YouTubers who were not reply girls—for better, and for worse.

The Reply Girl phenomenon, involved roughly a dozen young women (along with automated robot accounts), that would reply mindlessly to popular or trending videos while wearing low-cut tops. They would use special tags in the videos as well. The results: they’d usurp the related videos sections, edging out the types of videos that usually would take up those spaces.

YouTubers (presumably men) would click on the videos to check out the cleavage. And the reply girls would profit as a result.

This continued for about eight months until February, when the YouTube community, fed up with the reply girl antics, raucously voiced their displeasure loudly enough to catch the attention of the media—and the Google-owned company.

YouTube eventually labeled the girls as spam, and rewrote the related videos algorithm.

When the new algorithm went into effect March 14, Alejandra Gaitan, aka TheReplyGirl and main reply girl provocateur, said she would test the new code for two weeks to see if the fix would indeed prevent her videos from being seen.

The new algorithm is only partially effective, she told the Daily Dot:

“I can do replies, and they still appear in the sidebar, but they don’t last as long. Before they used to stay there for one or two days; Now, they stay in the related section for only one to five hours.”

This shorter time period has definitely affected Gaitan’s traffic—and with it, her paycheck. Before the algorithm change she was getting hundreds of thousands of views; Now she is lucky if she can break four digits.

As a control to the experiment, Gaitan started a new channel for replies titled “TheRepyGirlForEver,” and the results are equally as bad.

“I have a good amount of money saved, but I am not sure what I am going to do” said Gaitan. For the time being, she is going to “keep doing YouTube” while she figures it out. Gaitan said she originally entered the reply girl business to get above the poverty line, and is now “comfortably middle class” because of it.

YouTubers are prohibited from discussing how much they make through the Partner Program, as specified in their contracts, but various sources have stated the reply girls were making anywhere from a few thousand to $10,000 a month from Google during the height of the reply girl era.

Gaitan doesn’t think YouTube was trying to shut her down, per se, with the new algorithm. Rather, she views the code change as “aiming to get rid of replies that have a lot of negative feedback.”

Gaitan’s videos were notorious for their negative feedback, as men, figuring out what it was they were watching, would click the dislike option once it became obvious Gaitan would not be stripping any time soon. (As Gawker pointed out though, disliking a video actually helps increase a video’s ranking, as YouTube factors the dislike as a comment.)

The traffic drop she is seeing, however,  isn’t confined to the reply girls; “I do know
for a good amount of people who had nothing to do with replies, they are losing traffic,” said Gaitan.  She cited her friend The Luchador, as an example.  “People are kind of mad, and maybe YouTube will have to change it back,” Gaitan added.

Kaleb Nation, a YouTuber currently working with Twilight producers on a soon-to-air TV reality show, said the reply girl algorithm change has led to a decrease in traffic for him of at least 15%.

“Almost every Partner I’ve spoken with has lost at least 20% normal views” said Nation via Twitter. “I can see the trajectory and it’s not pretty,” tweeted Nation, despite admitting it is a little too early to make such a judgement call. “I’m afraid many creators will be out of a job soon,” he then added.

In a tweet today, Nation added the new algorithm has “forced” him to “make dramatic career changes.”

Joe Penna, aka Mystery Guitar Man on YouTube, had the opposite happen to him; His traffic actually increased by 15% after the algorithm went into effect. Penna also said it’s too early to tell, after two weeks, if the traffic increase is a longterm trend; the reason for the increase is not clear.  Penna could be the anomaly here.

Gaitan, when asked if she was flattered that the Google-owned company rewrote its algorithm because of her and the reply girl trend she started, laughed nervously.

But this time she had no reply, simply saying  “no comment.”