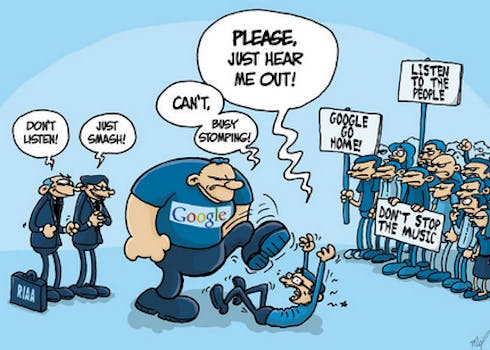 YouTube MP3 mounts comeback after being shut down by Google

The YouTube-video-to-MP3 conversion tool went offline last week under threat from Google, but its founder is fighting back with a petition and a legal challenge.

Two weeks after learning that he had seven days to shut down YouTube file conversion site YouTube MP3, 21-year-old site owner Philip Matesanz is fighting back. And he’s bringing along the support of more than 230,000 of his closest friends and advocates.

Matesanz has accumulated his massive ring of supporters through a change.org petition in which the German-born computer science student asks Google, YouTube’s parent company, to allow third-party recording tools of YouTube videos. In the letter, he notes that Google has teamed up with the RIAA (Recording Industry Association of America) to make false claims about online recording tools that enable users to create private copies of public YouTube broadcasts.

Google originally sent a cease and desist letter to Matesanz on the grounds that his site violated YouTube’s Terms of Service, which notes that users cannot download any content that does not offer a “download” or similar link displayed by YouTube on the site.

But according to an update left on the YouTube MP3 site, Matesanz was able to mount a case against the global Web mogul thanks to two German-based lawyers, Härting Rechtsanwälte’s Philipp C. Redlich and Wilde Beuger Solmecke’s Christian Solmecke. Both were quick to note that Google did not have any legal standing in the David v. Goliath situation, as Matesanz’s YouTube MP3 did not use any component of the YouTube API.

Matesanz is hoping to collect 300,000 signatures before closing his petition.

Google did not immediately respond to request for comment.