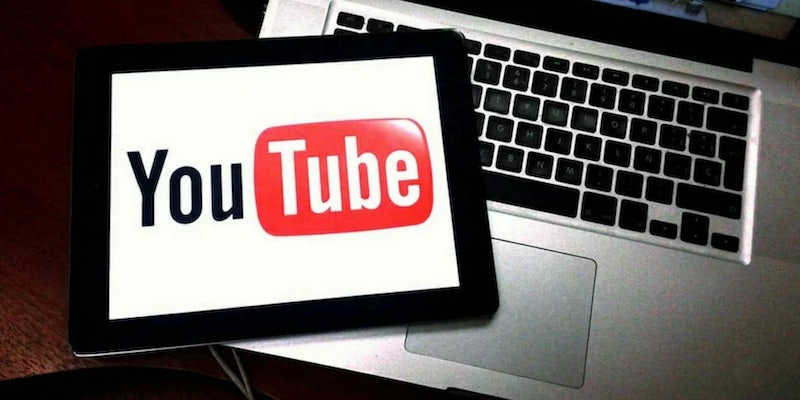 YouTube is reportedly thinking about a major change—to keep kids (and the platform itself) safer.

According to the Wall Street Journal, YouTube has discussed the possibility of moving all of the children’s content off YouTube’s main site and placing it on the YouTube Kids app.

In addition, some at YouTube have considered disabling the recommended video algorithm on those childrens’ videos that normally gives viewers options for more content to consume.

YouTube hasn’t confirmed that those ideas could potentially be enacted, but a spokesperson told the newspaper, “We consider lots of ideas for improving YouTube and some remain just that—ideas.”

There’s little doubt, though, that YouTube continuously finds itself under fire for the products created and consumed by children. A report earlier this month stated that YouTube’s algorithm was helping pedophiles watch videos of young children. That prompted YouTube to change its livestreaming policy, disallowing those under the age of 13 to broadcast themselves live without an adult present. The New York Times reported that YouTube also had altered its algorithm in response.

“Responsibility is our No. 1 priority, and chief among our areas of focus is protecting minors and families,” YouTube wrote in a blog post on June 3.

That came three months after YouTube disabled the comments section for videos involving children, deleting that section on tens of millions of videos that had already been uploaded and leading to an outcry from some family vloggers who depend on a lively comments section to boost engagement and visibility.

In February, a number of advertisers, including Disney, stopped doing business with YouTube after a softcore pedophile ring was discovered on the platform. A few months before that, it was discovered just how prevalent it was for creepy comments to appear on videos involving underage girls.

Some of the recent changes have led popular 13-year-old ASMR creator Makenna Kelly to leave the platform for discriminating against her and for ignoring her claims that an adult YouTuber “sexually cyberbullied” her.

“It’s honestly just sad it’s come to this,” Kelly told the Daily Dot earlier this month. “I was such a proud YouTuber.”

The YouTube Kids app hasn’t been immune from problems either. Since 2017, the app has exposed its young viewers to bizarre conspiracy theories and other disturbingly obscene videos of kids characters that placed them in violent or sexual situations.

As the Journal points out, a potential change of this caliber would majorly alter the kind of content you see on YouTube’s main site. But perhaps that’s what YouTube executives feel needs to be done to squash the constant problems.

“YouTube is a company made up of parents and families, and we’ll always do everything we can to prevent any use of our platform that attempts to exploit or endanger minors,” the company wrote in its June blog post. “Kids and families deserve the best protection we have to offer: We’re committed to investing in the teams and technology to make sure they get it.”