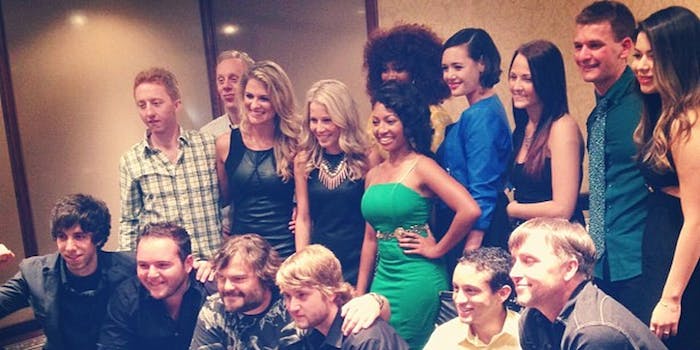 Here’s what the ‘School of Rock’ kids sound like today

Will man-child Jack Black ever grow up?

The actor and musician reunited with the kids from School of Rock this week for the movie’s 10-year anniversary. After a screening of the movie in Austin, Texas,  Black and his ragtag band played the movie’s signature tune for fans.

Footage from the gig cropped up on YouTube Friday night. The band sounds just as musically tight as it did in Richard Linklater’s film.

Meanwhile, iCarly star Miranda Cosgrove, who had some early success in the movie, shared some Instagrams from the screening.