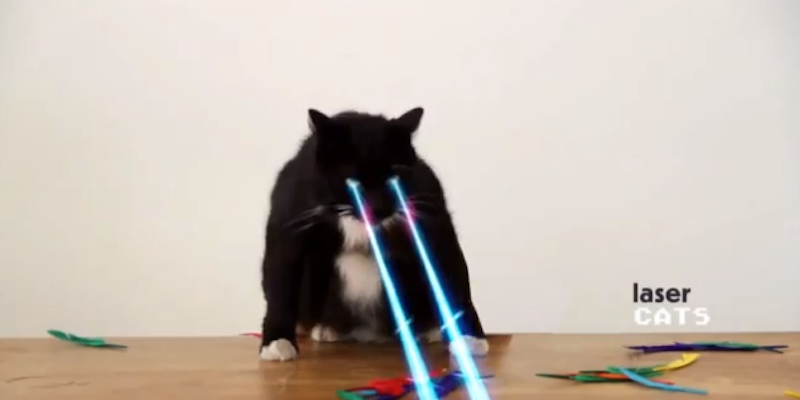 The 25-year history of the GIF, now with claymation!

The 25-year history of the animated GIF and how it went from a format to an artform is told through claymation as Legs Media visualizes the original pronunciation, its survival and even how anything can be turned into a GIF.

The Fine Brothers’ React series has finally gone meta. Their newest show features some of the biggest YouTube stars as they watch and discuss one of the earliest viral videos: “Evolution of Dance.”

It’s all in the network. If you ignore the meth business, Walter White is a pretty stand-up guy who comforts a crying Jesse Pinkman and holds his family together after an affair is revealed. Heisenberg probably wouldn’t watch it, though.

If you think about it, color is a strange concept. Tommy Edison has been blind since birth and he discusses the many attempts by friends to explain color to him through sounds and other objects, but he doesn’t quite get it.

One of astrophysicist Neil deGrasse Tyson’s many talks about the universe is given a visual depth by Christopher Herr thanks to footage of the stars and night sky from Tree of Life and a soothing song.