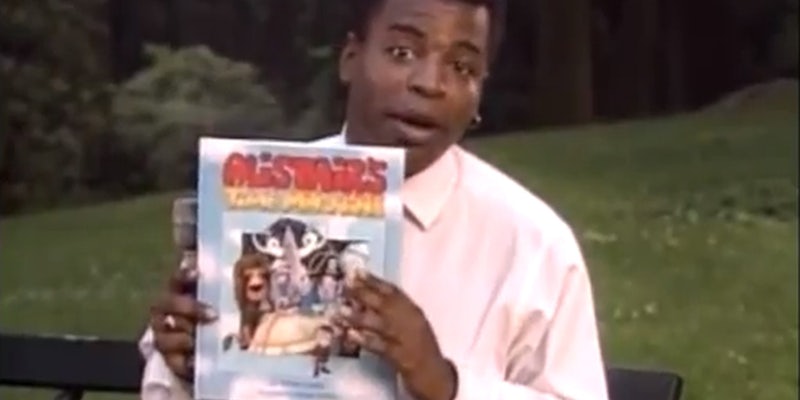 Reading Rainbow host LeVar Burton has been teaching children about the power of books and their imagination for years through the show and the iPad app, but now he’s the subject of a fitting tribute from PBS, reminding us that there are still stories everywhere we look.

With the help of animation, Giants tight end Martellus Bennett recalls the atmosphere of being in front of a cheering crowd as he saved a fan who fell from the stands with his “superhero instincts.”

FIlmmaker Patrick Peris pulls a Gotye and cuts more than 72 “Gangnam Style” tributes, parodies and videos into one ultimate video (there’s more, but he couldn’t fit them all into the description). Psy himself said he’s getting tired of “Gangnam Style,” so can we cut it out with the Gangnam Style videos for a while?

4) The Hillywood Show, “The Hobbit: An Unexpected Parody”

How did Bilbo ever agree to go off on that adventure? Thorin and company are a bunch of party animals who crash Bag End, and it isn’t long before they convince Bilbo to get in on the fun and hand him the contract when he’s least able to comprehend it.

Sleep Skunk captures the best clips from every film that came out this year in one giant trailer that portrays three different movements, but this should come as no surprise. They made similar mashups with the films released in 2010 and 2011.