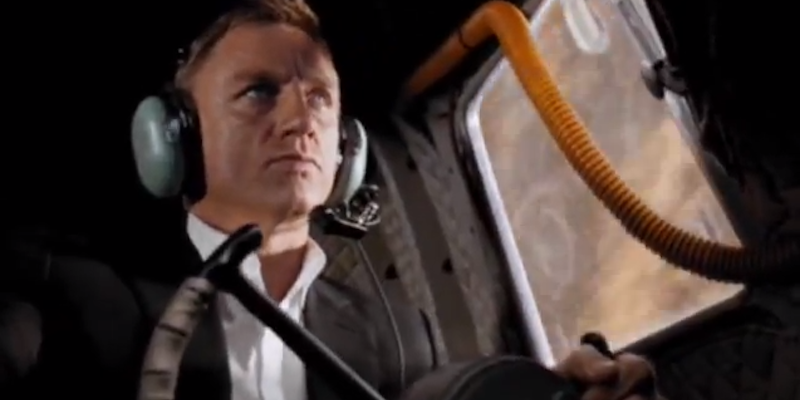 Which Bond is the best Bond? Brad Hansen finds out in this supercut featuring all 6 actors who've played the spy.

The six actors who have portrayed the British superspy duke it out in a battle to the death through a series of remixes from Brad Hansen. With Daniel Craig and Sean Connery in fighter planes and Timothy Dalton and Pierce Brosnan driving by on ice, which Bond will reign supreme?

If you’re already missing the summer, the newest mega-cover from Sam Tsui and Kurt Hugo Schneider is one big time capsule of Summer 2012. Mixing YouTube favorites like “Gangnam Style,” “Call Me Maybe” and “Somebody That I Used To Know,” this medley has a little bit of everything.

Even though the mustache has been put aside for the beard or sideburns, it still says a lot about a man—whether you’ve grown your own or can only wear one on a mirror. This PSA unites TOMS Shoes and Movember to raise awareness for men’s health.

4) Epic Rap Battles of History, “Doc Brown vs Doctor Who”

The ultimate time battle puts everyone’s favorite Time Lord against Back to the Future’s Doc Brown. The Doctor might not have a degree and Doc might be creepy, but they both gain an extra hand in the end when one has a timely regeneration and the other a guitar solo.

Just in time for Halloween, the Prankk Bros. decided to freak out people on the street with a simple trick: one person would take a cheap voodoo doll, and when he tapped the doll on the shoulder, the other person snuck up behind the volunteer. People were noticeably creeped out.