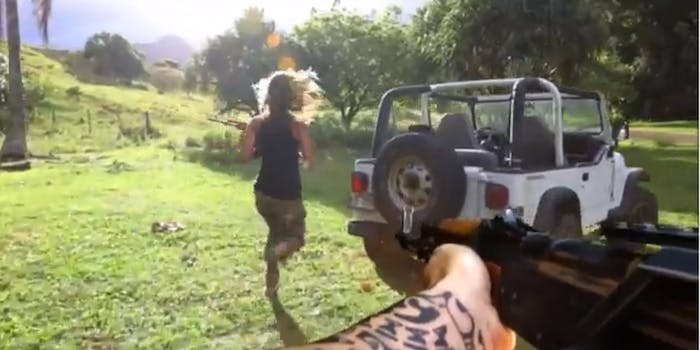 Devin Graham already did Assassin’s Creed, so he naturally took the next step in real-life gaming videos: First-person shooter. In a video based on the upcoming Far Cry 3, an unknown shooter rescues a comrade and they try to escape off an island together.

Every December many Canadian Hockey League teams hold a Teddy Bear Toss in which fans throw a teddy bear onto the ice when the home team scores its first goal for charity, and when the Calgary Hitmen finally scored, the crowd definitely did not disappoint.

3) Chad Neidt, “Songs About The End of the World”

If you believe the Mayans, the end of the world is near, and musician Chad Neidt plays every song about the apocalypse as part of “One Minute Mash-up,” although some of the songs go by a little too quickly to flow smoothly.

The Nintendo family is awaiting the new arrival of Wii U, and the multi-generational family is left to speculate what to expect from the bundle of joy. The systems don’t get much play, but at least they’re not banished to the closet like Virtual Boy.

Instead of 50, why not make it one? Daniel Kim takes some of the biggest pop hits of the year and put them into one mashup, reminding us of our favorite songs as well as the ones we’d like to forget.