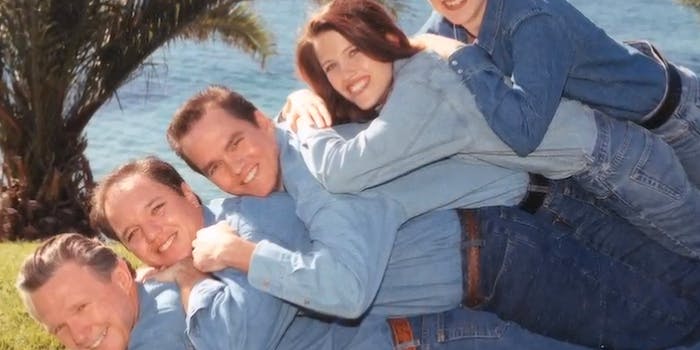 You’ve heard of Tumblrs turning into books, but have you ever seen a Tumblr turn into a Web series? Thanks to the kind folks at Nerdist, we now have a show for the classically uncomfortable Awkward Family Photos, a series set to explore all those sorry family shots that you wish you could take back.

Football’s back, and you know what that means: it’s time for Dude Perfect to unveil their newest set of complex trick shots. Cory Cotton and the boys line up on the field and take their game to new heights with football-style skeet shooting, moving target long shots, and a giant panda bear that’s out for blood.

A YouTuber studying video production has compiled the two minute supercut that he believes tells the story of our universe’s existence, from the Big Bang all the way up to the melting ice caps.

Short and stupid. The folks at FreezePaint have taken the Little Face Mitt Romney meme and attached it to a campaign message: he just wants you to volunteer, donate, or pass this message along to a friend.

What’s it take to make the ideal YouTube music video? Just ask British comedian Adam Buxton, who’s managed to wrangle every essential character, plot twist, and detail into a 2:50 jam that you probably won’t be able to get out of your head all day.