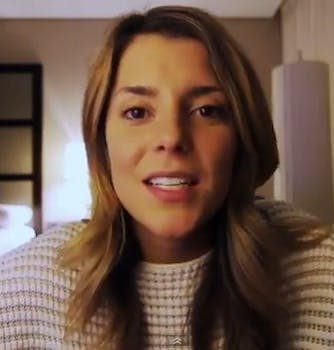 YouTube’s biggest stars on the future of comedy

Shane Dawson cut a lucky break when he first became a YouTube partner. He’d just been fired as a Jenny Craig employee after his superiors saw one of his videos. Fast forward a few years, and he’s one of YouTube’s biggest stars, with almost 720 million views on his main channel alone.

That was just one of several tidbits to emerge from a fascinating discussion on YouTube’s place in the world of comedy at Montreal’s Just for Laughs on Thursday.

The five-strong panel was titled “Are YouTube stars the future of comedy?” The discussion, however, was more focused on how the participants got to the point where they are now.

These were no mere one-hit wonders. Between them, the five people making up the panel have a cumulative four billion video views and millions of subscribers. They’re veterans of Web video and all are full-time YouTubers.

Moderator Burnie Burns created Red vs. Blue, which debuted in 2003, two years before YouTube launched. Ben Relles, YouTube’s head of content strategy, began as a creator as well. He founded Barely Political, which quickly took off due to the success of Obama Girl, in 2007.

Grace Helbig, of My Damn Channel’s Daily Grace, got her start by posting video blogs with a friend, which were later spotted by My Damn Channel’s founder. Meanwhile, Lloyd Ahlquist gained huge success with his Epic Rap Battles of History series after a friend suggested Ahlquist made a video of the rap battles he did on stage.

The truth is though, anyone with a camera, a computer, and an Internet connection can become a YouTube star, from three-year-olds giving how-to demonstrations to 80-something World War II veterans. The panelists had plenty of advice for those looking to make their mark on YouTube, with a clear focus on being deeply involved with the community.

Helbig assured attendees not to worry if they don’t achieve overnight success. After all, 72 hours of content is uploaded to YouTube every minute, so plenty gets lost in the shuffle.

“It takes a long time to develop a voice.”

Relles, who doesn’t believe it’s necessary to be in a partner network like Machinima or My Damn Channel to succeed, had one simple question for creators to keep in mind when trying to make a popular video: “Are you creating something people are gonna want to to watch and share?”

He stressed that interacting with one’s community and supporters is “really important” as well.

That’s a sentiment Helbig echoed, as she said she considered the people who watch her show every day to be her friends who have a conversation with her, something that’s a little easier for her to imagine since she makes Daily Grace videos in the comfort of her own home.

Ahlquist said the community plays an important part in his channel, submitting many ideas he follows up on.  He said he simply tries to make videos he feels people will want to share with their friends and feel “awesome” for doing so.

Making the community feel a part of the show proved a major theme of the discussion. Dawson said he occasionally includes comments from his fans in his videos, because “you wanna show them you think they’re funny too and you take a lot of inspiration from them.”

Live-streaming is perhaps the next step for creators. Most admitted they’d tried it, though Ahlquist pointed out that slow Internet connections (with streams taking too long to buffer) were inhibiting broader adoption of live video for the time being.

Perhaps most telling about the future for YouTube stars was a comment by Relles about Vidcon, a recent convention attended by prominent personalities and fans. He said he could not get close to Helwig and Dawson because they were mobbed by adoring fans.

That likely means that more mainstream opportunities will likely follow in the near future.

Helbig, for one, confessed she’d love to do some television or film work should the chance arise, but she’s not ready to unplug just yet.

“I don’t think I could ever quit the Internet,” she said.