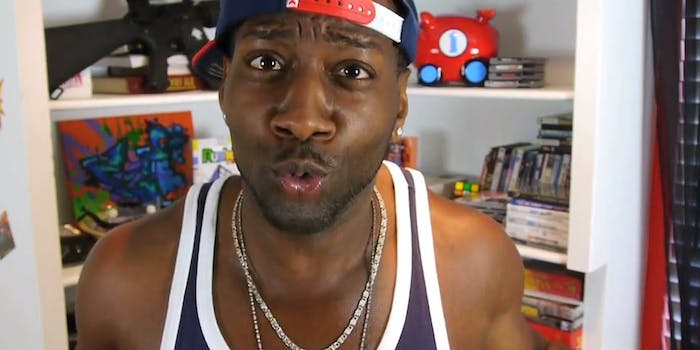 YouTube's most prominent rapper throws down a literary endeavor worthy of Game of Thrones.

There are a plethora of rap books out there. But raps about books? Those are a bit more hard to come by.

Never one to back down from a challenge, YouTube rap star Destorm has set out to fill the literary rap void. On Friday, Destorm debuted “Rapping Book Titles!,” a four-minute video that finds the bombastic rapper running bars on Harry Potter and 50 Shades of Grey.

“I was scrolling through one of my older videos, and hundreds of people said ‘Destorm, I challenge you to create a song using book titles,” the Los Angeles-based rapper told viewers at the beginning of the video. “I said ‘I didn’t know y’all fools read books!” But apparently y’all do.”

Grinding through his beloved hoarse delivery, Destorm goes nuts over a slow-burning southern rap beat, referencing everything from American Psycho and Alice in Wonderland to Winnie The Pooh and The Quran.

Posted onto his popular YouTube channel Friday, the video has already accrued over 117,000 views, many coming from fans who had their doubts about Destorm’s ability to fill a song with so many titles.

“I had low expectations for this, but holy shit!,” added Manategers. “That was AMAZING! I’ll never doubt you again!”

Be sure to turn in next week, when an newly educationally focused Destorm raps about some other form of higher learning, like SAT vocabulary words or baroque-era composers or something.