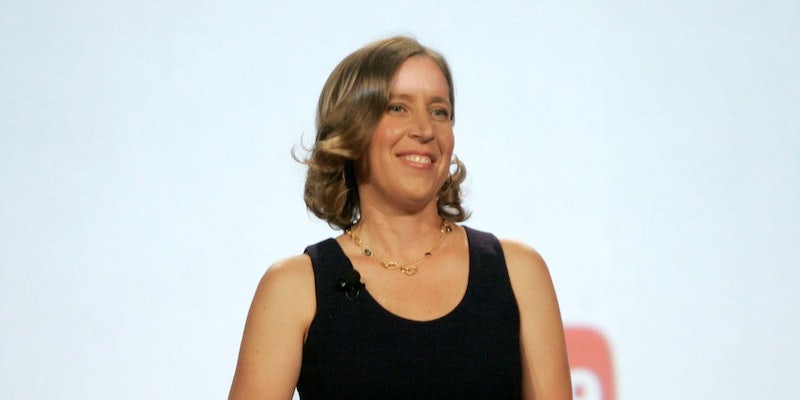 Wojcicki was joined by CEOs from PayPal, Netflix, and Tumblr.

YouTube may have just launched a site-wide campaign in order to get young viewers to register to vote and turn up at the polls come November, but the company’s CEO has now made clear her candidate of choice.

“A growing number of business leaders recognize Hillary Clinton is the right candidate for the economy,” campaign chairman John Podesta said of the endorsements in a statement. “Donald Trump’s plan would balloon the debt while costing jobs—setting our economy back and leaving the middle class out in the cold.”