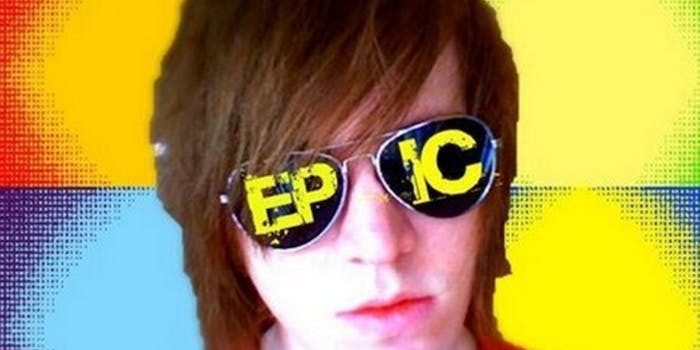 The lowdown on YouTube’s 10 most popular stars

YouTube celebrities are one of the Web’s most well-kept secrets: Everyone knows they exist and have millions of fans, but for some reason no one knows very much about them.

Here’s the Daily Dot’s quick guide to the 10 most popular YouTubers.

For the world’s most popular YouTuber (he was the site’s first millionaire in terms of subscribers), Ray William Johnson is one of the Web’s most secretive celebrities. He’s well-known for refusing interviews and not attending conferences. But the Los Angeles resident’s signature show, =3, got a mainstream knock-off in the form of Comedy Central’s Tosh.0.

Besides that biweekly show, which makes jokes about viral videos (and himself), RWJ’s second channel, Your Favorite Martian, is an extremely popular animated musical spectacle that kids as young as 8 gobble up regularly. The Your Favorite Martian album drops later this year.

Johnson has also made, or heavily assisted, various YouTubers’ careers over the years, most notably Tessa Violet, William Hyde, and Timothy DeLaGhetto.

Higa was the king of YouTube for years, but he lost the throne in July 2011 to Johnson. The Hawaiian-Asian-American sensation is one of the few YouTubers who can get away with filming on lower-quality cameras and a lack of a publication schedule. Besides his random skits, vlogs, and musical attempts, Higa also has a reality Web series and a successful premium content channel, and he occasionally does mainstream TV appearances.

Anthony Padilla and Ian Hecox are two friends who turned goofing off with each other on camera into a six-figure-a-year career. The duo currently has numerous Web shows and series, one of which is a comedy dubbed over in Spanish (El Smosh). Their content empire, which includes premium channel Shut Up! Cartoons, will outgrow YouTube soon. (They already have some apps.)

Freddie Wong and partner-in-crime Brandon Laatsch could work in Hollywood—numerous directors, producers, and actors have already appeared in their viral videos—but they choose not to for the freedom that comes from making geektastic (and gun-filled) content for the Web. Late night host Jimmy Kimmel once told Steven Spielberg to “eat that” when introducing the duo and their video-view numbers last year.

The first and only woman in the top 10, 24-year-old Marbles is a relative YouTube newcomer who is not only beautiful and smart but also funny. Her videos regularly mock both genders. Unlike viewers of the top three, an average Marbles fan is old enough to buy alcohol.

Dawson, who’s been cross-dressing in his skits for years, is one of the few longtime YouTubers still occupying a top spot on the site. Winner of the first ever Web Star awards for the Teen Choice Awards and Best Vlogger at the Streamy Awards in 2010, Dawson’s fame has come with a cost: He’s been jonesing to cut his hair, but he fears it would drive the fickle young fangirls away, according to a close source. It’s unlikely Dawson will have a public meltdown though. Even his public vlog about a relationship break-up was collected and mature.

This artery-clogging bacon-tastic parody of a cooking show grew so fast, even mainstream media noticed: G4TV scooped up the group for a television pilot. Started by Canadian substitute teacher Harley Morenstein, the testosterone-filled Epic Meal Time Web series makes considerable bank with its many products, which range from T-shirts to bacon lube.

Wondering what’s up with all the talking fruit and vegetables lately? You can blame Dane Boedigheimer, the creator of Annoying Orange. Since 2009, the Web series has been delighting youngsters with straight-up obnoxious edibles, and the trope has grown beyond the Internet. Fans can now buy toys, play various AO videogames, or watch the newly aired The Annoying Orange show on the Cartoon Network.

Georgia’s Kyle Myers likes pretending to be the Russian Dmitri Potapoff, but his videos of explosions and ammo rounds pummeling into random targets are far from fake. Myers’s videos make firearm education highly entertaining, and he regularly appears on Painkiller Already, a popular videogame podcast.

Kevin Wu owes some of his YouTube fame to being in Higa’s YouTube fanbase, though his occasionally witty and down-to-earth comedy is all his own. The aspiring comedian also outsmarted Google’s algorithm, which used to suggest “Is Kevjumba gay?” but now offers “Is Kevjumba a heterosexual bear wrestler?” He’s very proud of the feat.