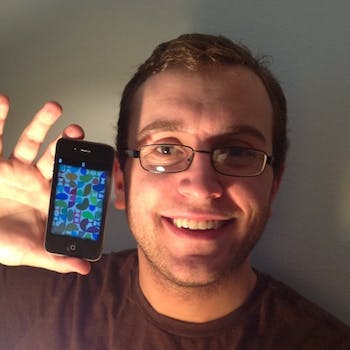 Meet redditor YourMusicalComment, the arist responsible for such hits as “What The Fuck Is Wrong with You?” and “TIL I’m Gay.”

There’s nothing particularly artistic about an online comment. It’s just a fleeting thought thrown out into the ether.

That is, unless Whitaker Trebella immortalizes it in song.

Where most of us see random word spew, Trebella sees unintentional lyricism. Under the Reddit handle YourMusicalComment, he trawls the social news site for comments to turn into such musical masterpieces as “What The Fuck Is Wrong with You?” and “TIL I’m Gay.”

A general music teacher in Chicago, Trebella has been musically inclined since age 5, when he first learned to play the piano. When he’s not working, the 26-year-old iPhone game programmer uses Logic Pro to create computer generated music for games on his website, WhitakerBlackwell.com. (He changed his last name after his recent marriage.)

A longtime redditor, Trebella said doing something to commemorate the comments of Reddit has been on his mind for a while. Roughly three weeks ago, he decided to just start songwriting.

“One night at 2 AM I was really bored so I thought I’d just give it a shot,” he told the Daily Dot. “That night alone I made probably 10 comment songs.”

Trebella said it takes him only 15 to 30 minutes to turn a comment into a song—a staggering amount of time that would ranks up there with prolific songwriters like Robert Pollard. It’s his timeliness that helps distinguish his account from Reddit’s other pop maestro, Christopher Gonzalez.

Of course, Trabella isn’t churning out traditional songs. His pieces are mere seconds long. They sound almost like fragments or outtakes from a larger pop spectacle, which is fitting given the nature of Reddit’s sprawling, conversational threads.

“Basically I just pick a comment that I think will probably stay near the top in a pretty new but popular post, and start making music from it,” he said. “I usually start with simple piano chords, then doodle around by adding lots of different instruments, depending on the style I’m going for. Then I try thinking of a melody and sing it.”

Trebella’s mostly electronic music, which combines elements of old-time  jazz with quirky modern pop touches, is a perfect fit for the non sequiturs of Reddit, collecting comment karma in the tens of thousands.

“When i clicked on the link i was expecting some shitty guitar chords or something, but i was very pleasantly surprised when all of the songs [YourMusicalComment] has done so far were pretty damn good,” zodiark991 wrote.

By popular request, Trebella’s first 50 songs are all available as an album on Bandcamp as a free download, YourMusicalComment: Volume 1.

Since then, he’s written 30 more. Trebella said that on the forthcoming Volume 2, listeners may even expect some comments beyond Reddit.

To such a notion, there’s only one proper Reddit response: ಠ_ಠ.