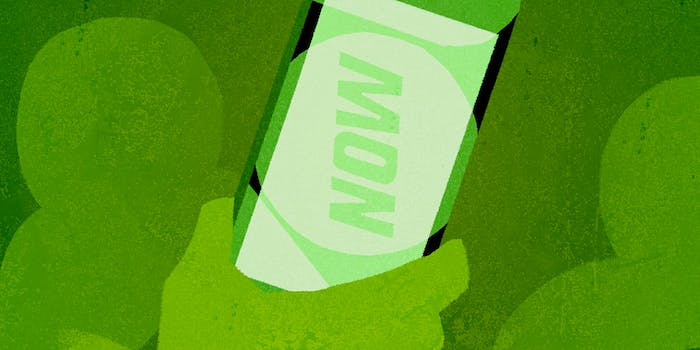 Your face can now be side-by-side with your favorite broadcaster.

You now can make your selfie part of the show on YouNow, the popular livestreaming platform that’s created its own legion of budding digital celebrities.

Today YouNow launched the ability for fans to get literal face time with their favorite broadcasters as part of their mobile apps. In addition to other forms of support, tipping, and emoji, users can share their selfies with the broadcaster, who can then choose to share that GIF with the wider audience by displaying it as a split-screen image.

The technology for bringing in the split-screen GIF is the same that broadcasters use to bring in special guests to their livestreams. It’s a middle ground for fans who are too shy to broadcast themselves, but want to be a more visible part of a broadcaster’s program. The platform boasts 100 million user sessions per month, and its growth in the digital landscape has even necessitated Shorty Award categories to honor its stars.

“Over 70 percent of YouNow’s audience interacts with the broadcasts in some way, whether chatting, gifting or guest broadcasting,” said YouNow Founder and CEO Adi Sideman in a press release. “With the introduction of Selfies, YouNow is adding a new way for audiences and broadcasters to engage and meet face-to-face.”