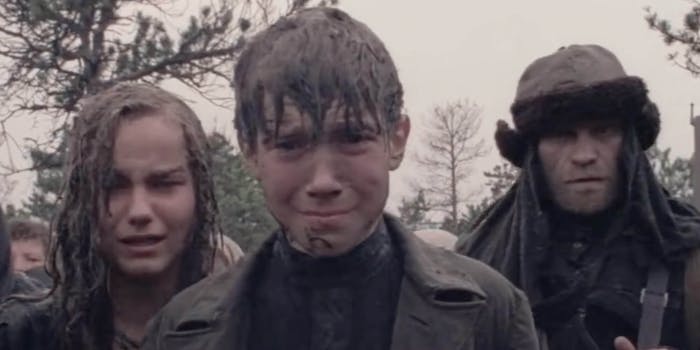 How to stream the best World War II films

World War II was a world-altering six-year period, one so abundant with stories that new movies are still consistently created about the era today.

World War 2 only lasted from 1939 to 1945, but it became the deadliest war in human history. There were 70 to 85 million deaths, including the Holocaust and the only use of nuclear weapons for war (when the United States dropped atomic bombs on Japan). World War 2 was a world-altering six-year period, one so abundant with stories that new movies are still consistently created about the WW2 era today.

It’s hard to capture the depth and heterogeneity of World War 2, but here are 12 streamable movies that do it best.

George C. Scott provides one of the best World War 2 movie performances as the complex, provocative Gen. George Patton in this 1970 bio-epic. Perhaps just as famously, Scott was also the first actor to refuse the Academy Award for best actor. He previously warned the Academy of Motion Picture Arts and Sciences that he would do so on ethical grounds if he won. Scott believed every dramatic performance was fundamentally unique and incomparable.

Starring Tom Hanks, Edward Burns, and Matt Damon, the 1998 movie is Steven Spielberg’s take on the violence of war through the tremendous reimagining of the Invasion of Normandy. One of the greatest movies in any genre, this WW2 film somehow lost best picture to Gwyneth Paltrow-starring period dramedy Shakespeare in Love.

The 1985 existentialist anti-war film focuses on the Nazi German occupation of Belarus through the eyes of a young teenager named Flyora, who joins the resistance movement. Simultaneously surrealist and hyper-real, Russian director Elem Klimov’s magnum opus draws on the Nazi atrocities and human suffering inflicted upon Eastern Europeans. It took eight years of censorship from the Soviet government before the film was finally allowed to be fully completed.

4) The Bridge on the River Kwai

This David Lean-directed WW2 movie is about a British colonel leading a team of prisoners of war in building a bridge for their Japanese captors, who plan for a rebellion. The epic mostly ran the table at the Academy Awards, capturing statues for best picture, best director, best actor, best writing, best cinematography, best editing, and best music.

Steven Spielberg’s magnum opus is the authoritative on-screen depiction of the Holocaust. The 1993 film has Liam Neeson as Oskar Schindler, a Sudeten German businessman. He and his wife, Emilie Schindler, saved more than a thousand mostly Polish-Jewish refugees by employing them in his factories. Additionally, Ralph Fiennes plays one of cinema’s greatest villains in SS officer Amon Goeth, and Ben Kingsley plays Schindler’s Jewish accountant Itzhak Stern.

Clint Eastwood locates commiseration for the enemy in this Golden Globe- and Oscar-nominated epic—the superior of its companion piece, Flags of Our Fathers. Starring Ken Watanabe and Kazunari Ninomiya, the movie portrays the WW2 Battle of Iwo Jima through the perspective of the Japanese soldiers. (Flags depicts the same battle from the American viewpoint.)

One of the greatest films ever made, though not necessarily remembered as a WW2 movie, this Michael Curtiz picture essentially set the standard for the wartime romance genre. Starring Humphrey Bogart, Ingrid Bergman, and Paul Henreid, the film is intensely Homeric and yet still manages to leave a tremendous impression with its classic writing and performances. Bogart’s turn as Rick Blaine, the cynical and sentimental owner of a gray-hat operation, remains iconic.

Quentin Tarantino presents an alternate history in his depiction of the assassination plots on Nazi Germany’s leadership—including Adolf Hitler and Joseph Goebbels—by a ragtag Jewish group of righteous killers called the Basterds. Like all of his films, the 2009 WW2 movie garnered the controversial director high praise and objection. Tarantino, as he did later in Django Unchained, makes right many wrongs with seemingly wonton, even sadist, hyper-violence.

This celebrated 1981 West German classic, initially produced to be a mini-series, takes place in the depths of a Nazi U-boat. Directed by Wolfgang Petersen, the claustrophobic WW2 movie was first released as a 149-minute cinema release. However, Petersen would later oversee other, much longer cuts, for TV and eventually a 209-minute “director’s cut.”

Based on a James Jones novel, the title alludes to a line from Rudyard Kipling’s poem “Tommy,” from Barrack-Room Ballads. Kipling calls foot soldiers “the thin red line of heroes” regarding the 93rd Regiment’s stand in the Battle of Balaclava during the Crimean War. Terrence Malick returned from a 20-year hiatus to direct this 1998 film that Gene Siskel called “the greatest contemporary war film [he had] seen.”

The 2017 Christopher Nolan-directed war drama/thriller centers around the covert evacuation of Allied troops out the French city of Dunkirk, before Nazi forces can capture it. A work of tremendous depth and detail to the period, Nolan manages grandeur, scale, and drama without sacrificing historical accuracy. For example, see the scene with the crammed pontoon, increasingly exposed with each second, stretching into the swirling sea.

Night and Fog (or Nuit et brouillard) is a documentary short focusing on the abandoned grounds of Nazi concentration camps Auschwitz and Majdanek in occupied Poland. Michel Bouquet’s lean scripting describes the lives of prisoners who lived through the horrors. Influential director Alain Resnais compares the life of the Schutzstaffel (or SS, in shorthand) to the detainees. Bouquet also addresses Nazi Germany’s normalized apathy and masochism, including torture, supposedly scientific and medical “experiments,” rapes, and mass executions—including women, children, and even babies.