Sex, plagues, and violence: The history of World of Warcraft

To celebrate World of Warcraft’s eighth birthday, the Daily Dot listed some of the game's most memorable moments thus far.

Slay a dragonspawn and treat yourself to some high-level armor: Today, the world turns eight.

The World of Warcraft, that is.

On Nov. 23, 2004, Blizzard released World of Warcraft and, in doing so, set the standard for MMORPGs (massively multiplayer online role-playing games). Now in its fourth expansion set, Mists of Pandaria, World of Warcraft has proved that Azeroth is far more than just a computer world. It’s a living, breathing community full of colorful characters, mystifying secrets, and a rich history.

To celebrate the game’s eighth birthday, the Daily Dot listed some of the most memorable moments, including mass murders at funerals, worldwide plagues, and city-wide massacres.

Perhaps the best-known moment in World of Warcraft history dates back to roughly May 2005, with a group of players discussing a battle strategy. Player Ben Schulz, who had been away from his computer during the discussion, returned and, without checking back in with his teammates, stated “All right, let’s do this” before charging into the dragonspawn-infested Rookery shouting his character’s now-famous name:

The battle cry ruined the strategy and resulted in a quick death for the entire team.

A video of the incident was first uploaded to Warcraft Movies, a site where gamers can share creations using a process called “machinma,” or a cinematic production using in-game footage, with each other. Later on, it was uploaded to a then-new video-sharing site named YouTube, where it earned tens of millions of views.

While lasting less than three minutes, the notoriety of the event is seemingly endless. “Leeeeeeeeeroy Jenkins!” became a widespread Internet meme and was even mentioned on The Daily Show with Jon Stewart and Jeopardy! Blizzard capitalized by creating an in-game achievement, trading card, and figurine out of Jenkins. Schulz addressed fellow gamers at Blizzcon, the company’s gaming convention and is a regular guest at ROFLCon, the Internet culture convention.

On two separate occasions, the “massively multiplayer” part of MMORPG was almost lost for World of Warcraft.

In September 2005, a glitch in the game resulted in the spread of a plague. A newly introduced dungeon boss, Hakkar, possessed the ability to infect players with “Corrupted Blood,” a disease that gradually damaged them and was also communicable. Certain players exploited the game’s teleportation abilities and managed to successfully spread the Corrupted Blood disease to players positioned nowhere near the dungeon. Before long, players were dropping dead left and right and entire cities were abandoned. Blizzard initially attempted to remedy the issue with a quarantine but more experienced players discovered ways of getting around it. Finally, the company effectively ended the plague by performing hard server resets.

The “Corrupted Blood Incident,” while of course contained to World of Warcraft characters, nevertheless had real-world implications. Specifically, its spread was studied by several experts in the bioterrorism and epidemic fields researching methods of prevention.

Years later, in October 2012, a mysterious hacker discovered a weakness in the game. He or she exploited the issue and managed to successfully destroy two major cities, Origammar and Stormwind, affecting many different servers in the process. Active players and NPCs (non-player characters) alike fell victim to the attack. Blizzard quickly fixed the problem, claiming that the hack “should not be repeatable.”

In March 2006, a dedicated World of Warcraft player who went by the name Fayejin died from a stroke. Having made many friends through the game, her guild decided to hold an in-game funeral to celebrate a life that was tragically cut short.

Since the funeral took place in an area where “PvP mode” was enabled, a rival guild took advantage of the opportunity. Dubbed “Serenity Now,” the guild slaughtered their unprepared, unarmored rivals.

While the attack was perfectly legal as far as game rules were concerned, it received a heavy amount of backlash from players and raised the issue of morals in MMORPGs.

In September 2006, Comedy Central’s South Park opened the second half of its 10th season with the episode “Make Love, Not Warcraft.” The show’s creators, Trey Parker and Matt Stone,  collaborated with Blizzard to produce the episode, parts of which were shot in the actual game.

In the episode, Cartman, Stan, Kyle, Kenny, and company are repeatedly being slaughtered by a mysterious high-level player. The player, an obese adult male, had reached an abnormally high level in the game that allowed him to kill players, Game Masters, and even administrators. As the killings continue, interest in the game is lost, prompting Blizzard personnel to remark, “This could be the end of the World… of Warcraft.”

The boys eventually team up, earn absurdly high levels of experience points by slaughtering an endless supply of boars, and successfully conquer the player with the specially created weapon “Sword of a Thousand Truths.”

“Make Love, Not Warcraft” became one of South Park’s most popular episodes. Over 3 million viewers tuned in for the episode, which won a Primetime Emmy Award. In World of Warcraft itself, the “Sword of a Thousand Truths” appeared in the expansion packs “The Burning Crusade” (beta testing only) and “Wrath of the Lich King.”

While the references to its South Park counterpart were obvious, the actual WoW versions of the sword did not feature the same obliterating properties or even artwork. “The Burning Crusade” version was renamed Gladiator’s Slicer and has a fast attack speed. The “Wrath of the Lich King” version, dubbed “Slayer of the Lifeless,” can be found in Naxxramas, an entry-level dungeon for level-80 players.

World of Warcraft is notable for many reasons. It builds communities, helps players develop intelligent strategies, and sets challenging standards for its competitors.

Did you also know that it aids in the survival of moose attacks?

In November 2007, 12-year-old Hans Jørgen Olsen of Norway angered a moose during a walk through a local forest. He “played dead” in front of the creature, which caused it to lose interest, effectively saving the lives of Olsen and his sister, who had accompanied him.

While “playing dead” is a centuries-old trick, Olsen claimed he learned of the maneuver after unlocking it as a Level 30 achievement in World of Warcraft. Upon reaching this tier, hunter players are able to feign death in front of their enemies and successfully cause them to wander off.

When promoting her movie Max Payne on an October 2008 episode of Jimmy Kimmel Live, Kunis admitted a fascination with World of Warcraft. After explaining to Kimmel some basics of the game, she admitted that she actually had to quit playing, as it was taking up too much of her time.

Kunis had already scored popularity points with geeks thanks to her looks and work on such programs as Family Guy. The World of Warcraft revelation caused her to become an even bigger Internet hero. While some of her fellow gamers decried her for choosing Alliance, many more applauded her unpatronizing knowledge of the game.

So far, World of Warcraft had been used to create a South Park episode, many pieces of fan fiction, and countless YouTube videos.

In October 2012, user Murdaralph discovered the hard way that the game could also lead to inadvertent sex-tape production.

After enjoying a few hours of the game’s latest expansion, The Mists of Pandaria, Murdaralph forgot to turn off his webcam. As a result, a round of sex with his girlfriend was filmed and broadcast for all to see. While he has since taken down the original footage, multiple copies of it still exist.

When social worker Colleen Lachowicz challenged incumbent Maine State Senator Tom Martin for his seat in the 2012 election, she had no idea that her World of Warcraft alter ego would play a major role in her campaign.

But the Republican Party of Maine discovered choice quotes Lachowicz had made in the game and created an attack site, Colleen’s World, using her in-game exchanges to question her ability to serve.

“I can kill stuff without going to jail,” “Now if you’ll excuse me, I may have to go and hunt down Grover Norquist and drown HIM in my bath tub,” and “I like to stab things and I’m originally from NJ…..what’s your fucking point?! lol” were among the quotes collected in the campaign.

Instead of ruining her political career, the incident earned Lachowicz a ton of support from gamers and non-gamers alike all over the world. 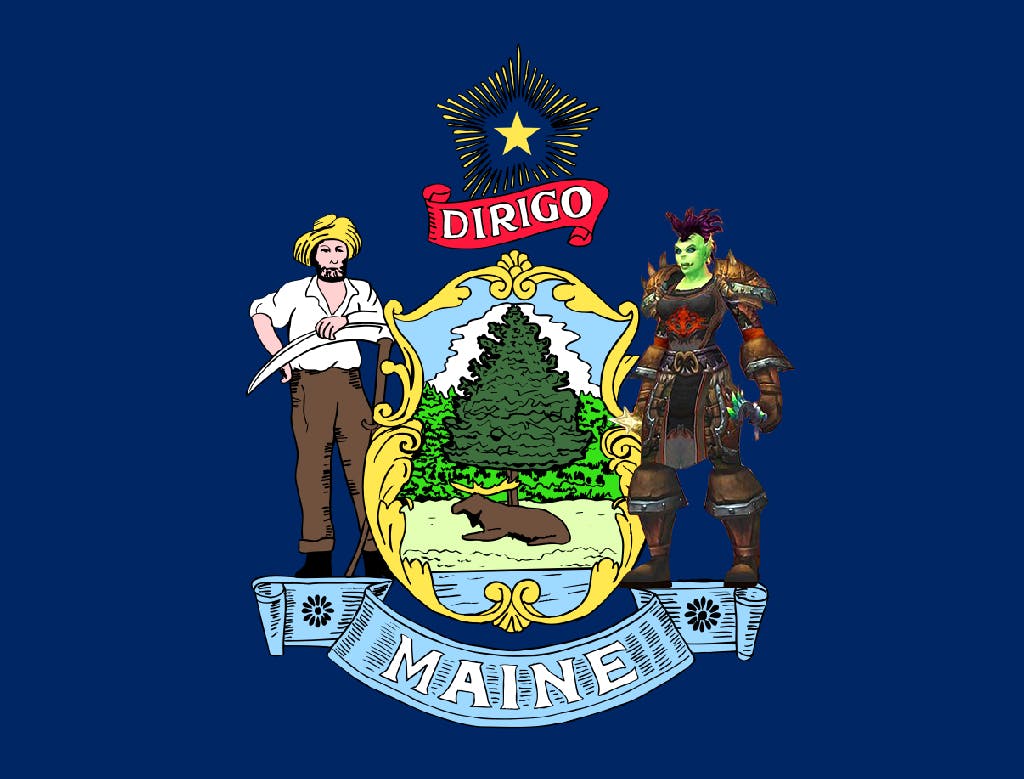