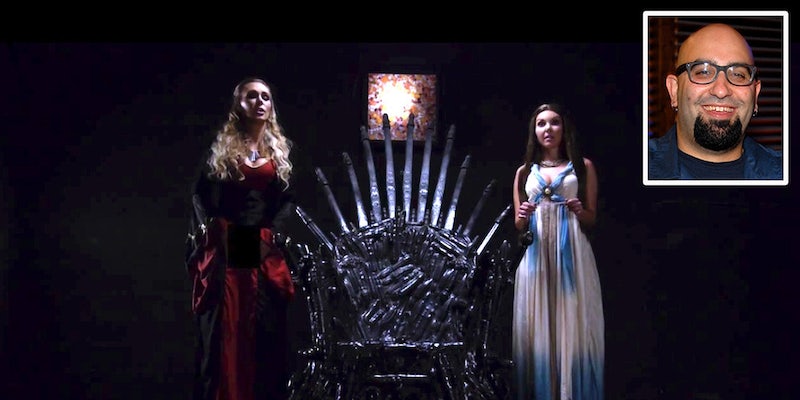 Lee Roy Myers wants to make you laugh and get you off at the same time. And he's got a challenge for George R.R. Martin. 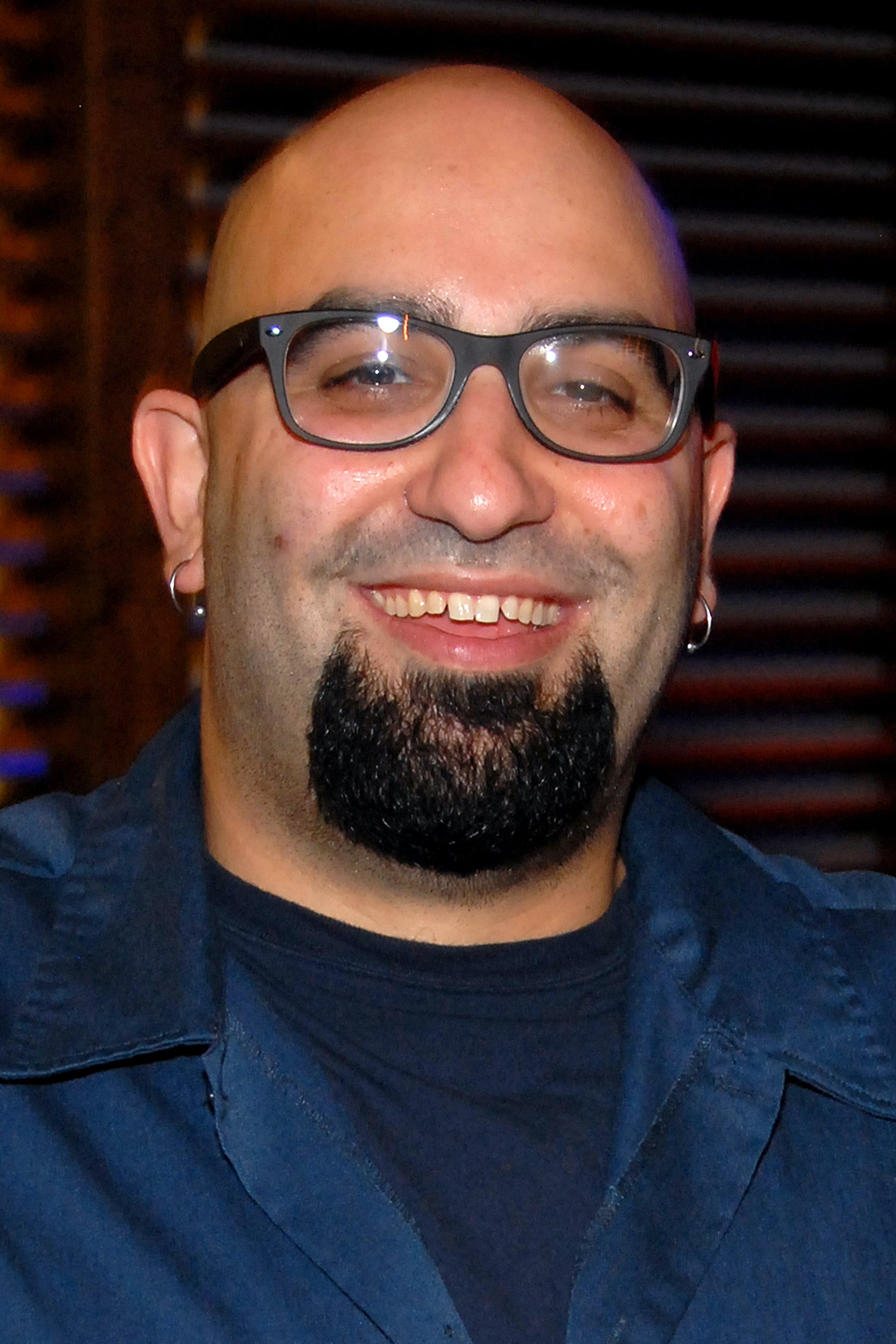 This is coming at a time when attitudes about the industry are changing, and state-by-state search results are a bit terrifying. Instead of a stream of questionably sourced clips, the site boasts free, non-pirated content, and according to Myers, everything is either produced or licensed by WoodRocket.

And he knows his audience. Turning pop culture shrines like The Simpsons and Seinfeld into pornography is going to fuel curiosity and outrage, which is going to get hits.

Myers (above, right) answered a few more questions about the series and WoodRocket’s approach to virality.

Can you tell me a bit about why you chose to parody Game of Thrones?

Because we love the television show. I think I speak for the rest of the WoodRocket team when I say that it is my favorite TV show right now. It’s got all of the major genres covered: action, drama, adventure, fantasy, and dragons burning people’s faces off. It can be a very intense show. And there is no better type of show to spoof than one that has people so enthralled and so devoted in their fandom.

Typically, as you can see just by looking online, people who like this show love this show, and want to talk about this show, and have inside jokes about this show. I know that I do. So I made Game of Bones with nothing but love. And sure, fans of the show have seen most of the characters naked, but not actually having sex. The show can’t. We can. We can take it a step further than HBO, and we can show full penetration. Game of Thrones was made for spoofing.

How long did it take to film?

It took a couple of months of pre-production—writing and casting and construction. And it took a week to film the first five episodes.

How many of the actors had seen the show?

Probably 90 percent. James Deen was probably the exception. Luckily, he wasn’t writing the movie, he was just starring in it.

You almost specifically parody TV shows. Are you a big TV fan, or just a fan of pop culture in general?

I’m a pop culture junkie, but TV shows are easier to parody than movies. Television is character-driven. When you describe an episode of TV to your friends, it’s usually, “Hank said this” and “Walt was losing it.” Porn parody is a character-driven medium too. Movies are story-driven. When you describe a movie to your friends, it’s typically, “This guy planned a robbery. It was his last job. He got shot.” Not a lot of, “The guy’s name was Robert, and he said some very insightful things about his life.” And there’s a lot less humor in a storyline than in a character’s dialogue. So I usually stick with television shows.

What are the ingredients for a good parody?

So really, with all due respect, Game of Bones is definitely the dirtiest version of Game of Thrones. But I invite George R.R. Martin to write a script for the next season of Game of Bones that is as dirty as he thinks we should be, to do his writing justice.

Screengrab via WoodRocket/YouTube | Photo of Myers via Wikimedia Commons