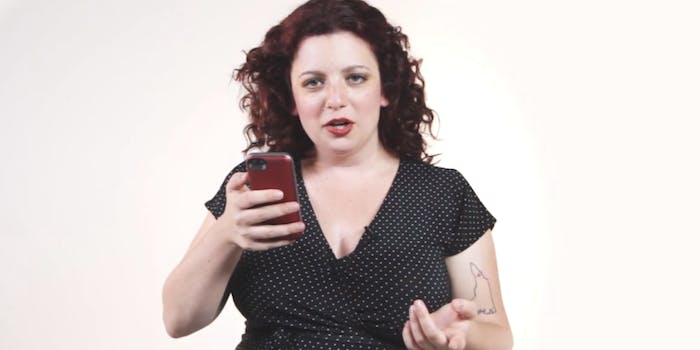 Across the board, their experiences have included sexism, harassment, and threats.

The state of women online is a much discussed topic, and rigthfully so. From Gamergate to the state of YouTube comments aimed at women to the newly revived Celebgate hack, which continues to target female celebs while failing to leak a single X-rated male image, being a women seems to make you fair game for harassment and injustice online.

BuzzFeedYellow sat down with several women to discuss just what it’s like to pocess two X chromosomes and dare to have a Web connection. Former Daily Dot writer Gaby Dunn, who also starred in BuzzFeed’s recent video spoofing “fake geek guys,” leads off the YouTube clip.

“If I tweet about something that a guy doesn’t agree with, instead of being like, ‘I kindly disagree,’ the next at-reply is, ‘You should get raped to death,'” Dunn explained.

Across the board, their experiences have included sexism, harassment, and threats. The women describe the hyperfocus on their physical appearance and disregard for their intellegence and knowledge about the subjects they discuss. More than anger, the predominant disposition of the women featured is resignation.

“At this point, I’m so used to it,” said Sara Benincasa, a comedian and author with more than 24,000 Twitter followers. “It still bothers me. I just expect it.”

“It’s like, why would you mention you had lunch,” Dunn explained, likening the harassement to a daily occurance.

Videos like this serve to remind us that this kind of behavior is wholly unacceptable.