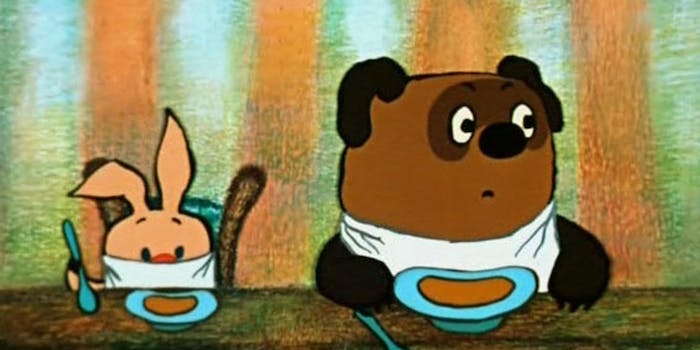 Hidden within the historically oppressive Soviet Union was a paradise known as the Hundred Acre Wood.

While Disney made Winnie the Pooh into a multibillion-dollar industry, artists in the Soviet Union transformed A. A. Milne’s beloved children’s series into an animated cartoon called “Vinni Pukh.”

Like Disney’s adaptation, the Soviets closely followed the honey-fueled adventures of Pooh and his friends Piglet, Owl, and Rabbit. The difference lies in how the Soviets decided to animate him as part of its three-part series released from 1969 to 1972.

Pooh is depicted as a dark brown bear, Piglet is pink all over, and Rabbit could use a couple more pounds and some contact lenses. 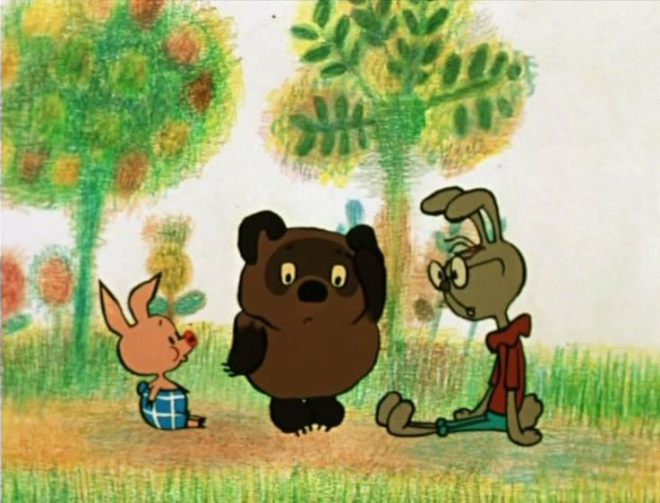 By far, the best parts of the Soviet Pooh are the music (which was arranged by Lev Zhurbin) and sound effects. Check out the three episodes below.