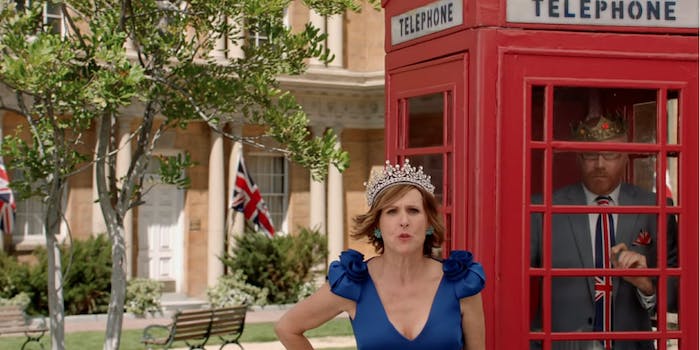 Will Ferrell and Molly Shannon will cover the Royal Wedding live

Who will they piss off this time?

During the 2018 Rose Parade on New Year’s Day, people tuning in were a bit perplexed by the hosts, Cord and Tish. Streamed lived on Amazon, the parade was accented by commentary from clueless TV personalities Cord (Will Ferrell) and Tish (Molly Shannon), but some viewers didn’t get that it was satire, and others just wanted them to stop talking over the parade.

It was an experiment that apparently worked, because now HBO has roped Ferrell and Shannon in for a Royal Wedding special, The Royal Wedding Live With Cord and Tish!, which will air on May 19. In a clip announcing the special, Ferrell appears to be trapped in a glass case of emotion, and Tish can’t stop laughing, so that seems about right. The Royal Wedding will be long and boring, much like the Rose Parade (sorry Rose Parade stans), so at least we’ll have some color commentary and a more global sample of perplexed reactions.