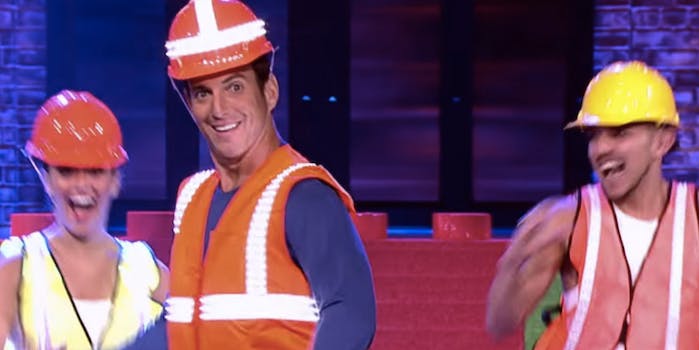 Construction-worker chic is in when Arnett performs.

Everything is cool when you’re part of a team, so long as Will Arnett is on that team. The comedian proves that on this week’s Lip Sync Battle with an eye-catching performance of “Everything Is Awesome” from The Lego Movie.

Arnett has a special connection to the film, as he voiced Batman in the blockbuster. He pulls off both the Tegan and Sara vocals and the Lonely Island rap parts of the number with equal aplomb. But a win won’t be easy, as he’ll take on his fellow Lego Movie star Allison Brie in the battle, which premieres Thursday, July 9, 10pm ET.