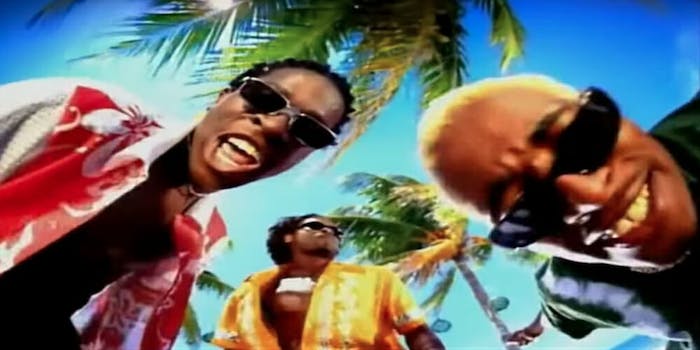 So, who really let the dogs out?

“Who let the dogs out?” is a question many have asked throughout the past two decades, but no one more than Ben Sisto. A documentary that debuted at SXSW this week takes viewers inside Sisto’s eight-year journey to explore everything—and I mean everything—about the 2000s bop “Who Let the Dogs Out.”

Who Let the Dogs Out

RELEASE DATE: 3/9/2019 (SXSW premiere)
DIRECTOR: Brent Hodge
The answer to ‘Who Let the Dogs Out?’ is more complicated than it seems.

Like many inquiring minds, Sisto turned to Wikipedia to learn more about the origins of the song. He then fell down a rabbit hole of unpacking several legal battles, encountering a multitude of characters, and finding a seemingly endless number of answers to the infamous question, “Who really let the dogs out?”

Baha Men really made the song a bop, but the Bahamian musical trio isn’t where the song began. Sisto pulls on the never-ending string to find out exactly where the song originated. Along the way, he meets fascinating characters, some of whom claim to be the original creators of the song, including two white guys who may or may not have first wrote the catchy hook on a napkin at a Little Caesars, J.K. Rowling style.

Several claims to the song resulted in six or seven lawsuits. And bits and pieces of the song belong to various stakeholders, which is why even the filmmakers had a hard time obtaining the rights to use it, director Brent Hodge said in the Q&A portion of the showing.

Not many people, if any, would spend 20 percent of their adult life researching a song and have a whole “museum” in their home dedicated it. But just as Madame Tussaud has her museum of wax, Ben Sisto has a museum of “Who Let the Dogs Out” mementos. Sisto is extra AF, to say the least, and he seems to know it. We see the song’s “leading expert” have moments of self-reflection throughout the film. “Maybe I’ve thought about this a bit too much,” he says, but, “We are in way too deep to turn back now.”

In a way, this makes him the most fascinating part of the whole documentary. “He’s really into it,” Hodge said. Who knew something as simple as the hook in a song could make for “the journey of a lifetime” and a documentary to immortalize that obsessive journey?

Ultimately, the film tells us a story we never knew we needed about a song we’ll never forget.

Who Let the Dogs Out premiered at SXSW and has no release date or distributor yet.