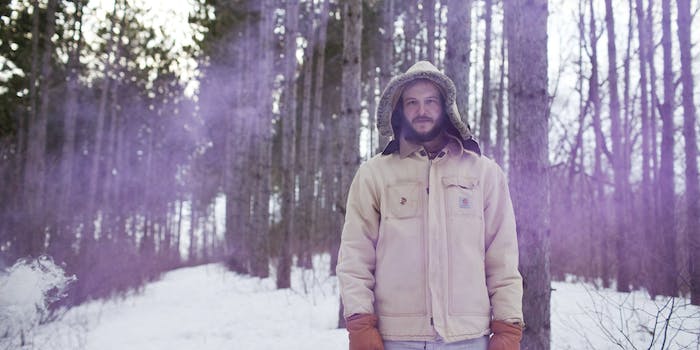 Who is Bonnie Bear?

Twitter is still not sure what to think about Bon Iver, the winner of the Grammy's Best New Artist award.

The Internet still hasn’t figured out who Bon Iver is.

When the nominations for the Grammy Awards were announced late last year, Twitter revolted at the accolades for the indie rock band led by Justin Vernon, resulting in the Tumblr Who is Bon Iver?

Even after appearing on Saturday Night Live, when Bon Iver took home the award for Best New Artist at the 54th Annual Grammy Awards, the band was once more met with a chorus line of “Who the hell is he?”

The massive spout of indie-rock ignorance inspired a second Tumblr, who the fuck is bon iver?, which helped aggregate some of the funniest and most in-the-dark tweets from the 39,000-plus messages posted to Twitter last night, according to social media analytics tool Topsy.

Perhaps it’s fitting that the Grammy crowd is unsure who exactly Bon Iver is. Intentionally less public and flamboyant than fellow Best New Artist nominees—DJ Skrillex, Nicki Minaj, and J. Cole—Bon Iver, made it known before the awards show that they would not accept an invitation to perform at the Grammys. Vernon’s reluctant acceptance speech pointed to a clear disconnect between why his band makes music and what they consider the Grammys to represent.

Those legitimate talking points did nothing to quell the conversation on Twitter, however. Aside from the now-standard public questioning of the identity of indie rock royalty (remember last year’s whoisarcadefire?), last evening’s festivities spurred some excellent reactions to the tough-to-pronounce band name.

What started last night as a response to the band’s misidentification, the Twitter account @WhoIsBonnieBear has spent the past 12 hours retweeting tweets from people who believed that award presenter Carrie Underwood referred to the band as Bonnie Bear.

User @Check_Yo_Hoee echoed that same sentiment, tweeting “Who the Fuck is Bonney Bear !? Fuck him and his bear !!” as Vernon stepped on stage to accept his award.

Of course, the ignorance surrounding Twitter’s understanding of Bon Iver pales in comparison to the public’s naivete for the Beatles’ Paul McCartney, whose performance to close out the Grammys last night was met with similar befuddlement.