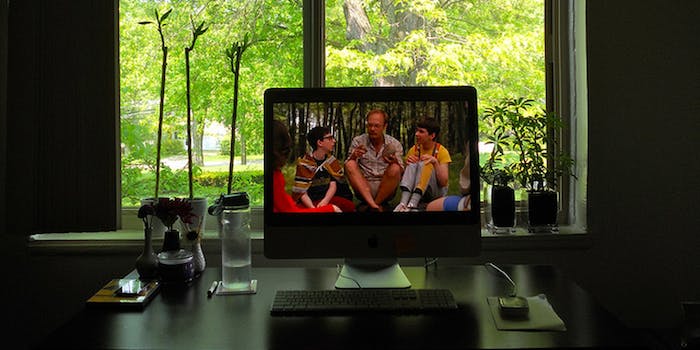 Much like the Beetlejuice sequel, there have been rumors of a Wet Hot American Summer follow-up floating around for years. It looks like Netflix might have come to the rescue once again.

E! reports that the sequel is now being batted around as a miniseries for Netflix, which has apparently been interested in the project since May, when the company was in talks with director and writer David Wain and co-writer Michael Showalter.

The 2001 film, which follows the antics at a summer camp in 1981, features a yearbook of actors who went on to big movie and TV roles: Amy Poehler, Paul Rudd, Christopher Meloni, Bradley Cooper, Elizabeth Banks. The movie ends with the camp counselors talking about meeting up again 10 years later for a reunion, which left the door open for a sequel. Sources told E! that Wain and Showalter are on board. However, it’s not clear whether any of those original cast members will be involved. Production is slated to begin in January.

This could be yet another series in Netflix’s growing arsenal of programming, which is scheduled to include Marvel’s Daredevil and Jessica Jones series, Tina Fey’s Unbreakable Kimmy Schmidt, and Judd Apatow’s Love over the next few years.

The company has not yet commented on the project. Just watch this clip on repeat until it debuts.