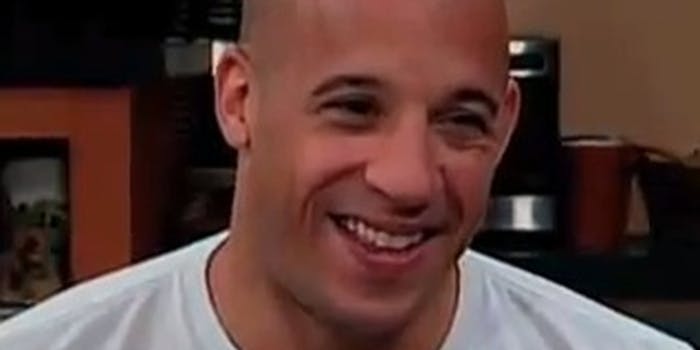 Vin Diesel doesn't see the world the same way as the rest of us, according to a popular Twitter joke.

What do you do on a Sunday? Chances are you’ll take it easy: Maybe go to church, catch a game, spend some time with your family.

Not so for Vin Diesel, at least if Twitter has anything to say about it.

Since September, tweeters far and wide have been imagining what the star of four out of five Fast and Furious flicks might say and do on the Sabbath as he explores the world, using the #VinDieselSunday hashtag. The results are frequently hilarious.

Comedian Gavin Speiller started the tag, riffing on Diesel’s “look of bewilderment and a vocal timbre.”

The characterization of Diesel as a simple-minded gentleman venturing into an unfamiliar landscape is one which is ripe for humor. Meanwhile, the real Diesel is probably spending his Sunday afternoon playing Dungeons and Dragons.