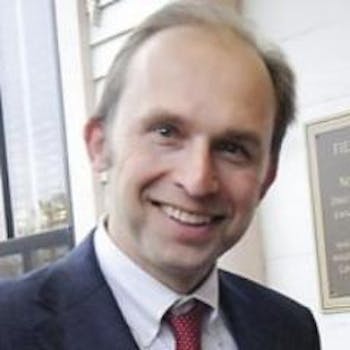 You are tweeting too fast. It is impossible for Tweet Historian to record all your tweets by hand.

As the Library of Congress finishes archiving more than 170 billion tweets and tries to figure out how to make them a valuable public resource, Tweet Historian is trying to manually record everything you post on Twitter.

The only problem is, you’re tweeting far too much for that hardy soul to make a note of everything. With around 500 million tweets a day, there’s simply just too much for one person to track everything.

Perhaps Tweet Historian wishes to tell future generations of our culture; to pass along important information about the most elegant of parody accounts to make our grandchildren’s grandchildren proud of their ancestors’ accomplishments in life.

Since Dec. 23, Tweet Historian has sent a couple dozen pleas (and one complaint about a painful hand) urging you all to slow down a touch. He might need a few more than 129 followers to get the word out, however. 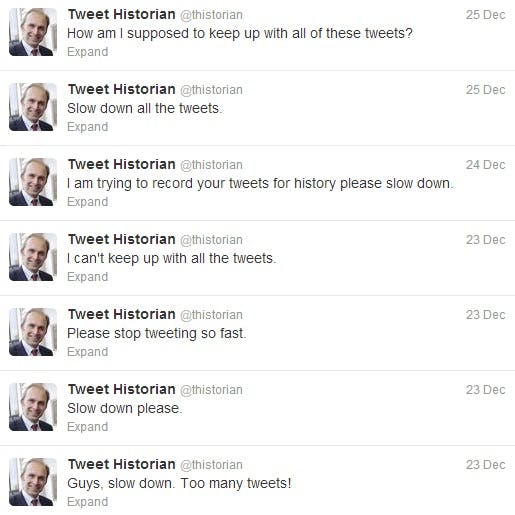 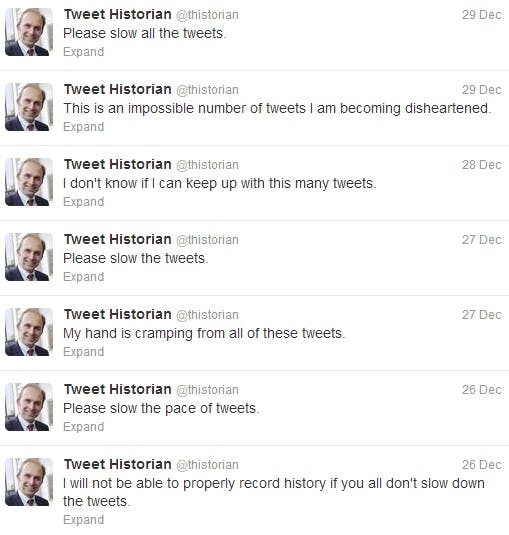 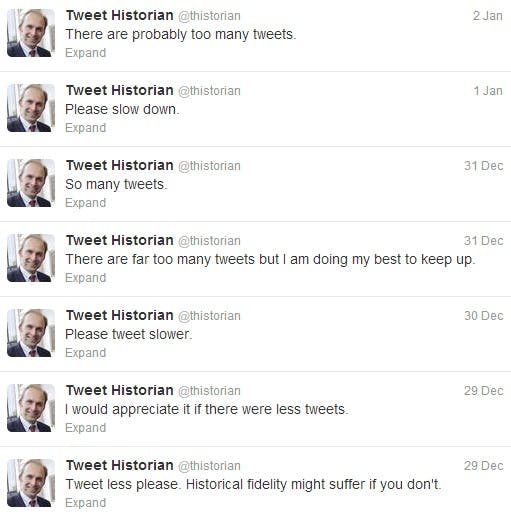 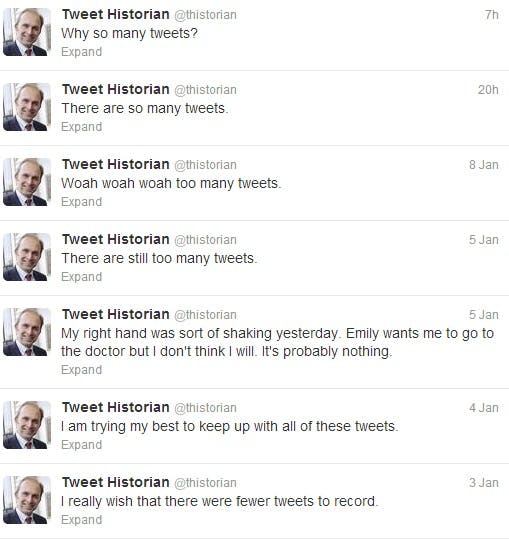