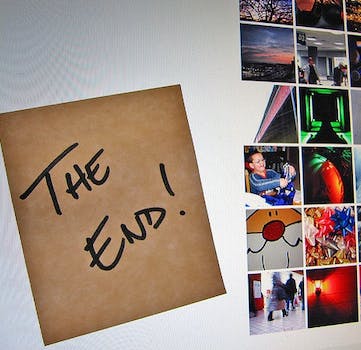 Looking at these famous last words as tweets paints them in a new light.

The conclusiveness of a story’s final line is just as powerful as the world of possibility that unfolds with its opening.

The Last Words documents the final lines of fictional books and the last few syllables uttered by some well-known people on their deathbeds. There’s an impactful finality to the tweets, knowing that those stories will not continue beyond that point.

There’s a poetic sensibility to most of these phrases and sentences, and looking at them as short stories in their own right paints them in a new light.

In the words of Spaced’s Tim Bisley, let’s skip to the end.