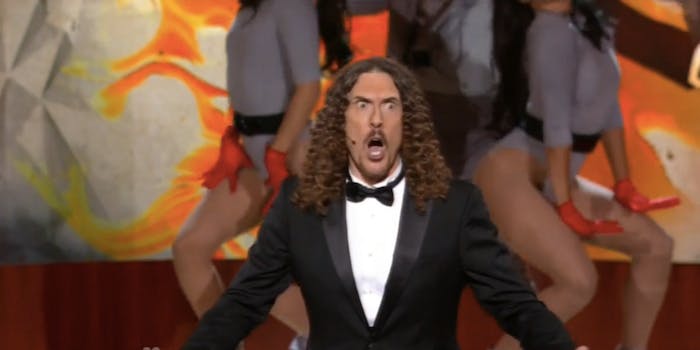 Yankovic had a stream of viral hits this summer as he released videos from multiple songs on his album in a weeklong effort across multiple websites. At the 66th Annual Emmy Awards he reimagined theme songs from hits like Mad Men, Homeland, and Game of Thrones.

Response to the bit was mixed, with some users praising the parody king’s take, and others doubting the bit’s relevance in the evening.

I love Weird Al Yankovic, but the last thing this tepid #Emmy awards ceremony needed was a shot of Weird Al singing. #NPREmmy

This Weird Al bit is why The Emmy’s never win an #Emmy. #TheMoreYouKnow

One thing we can all agree on, though? The Game of Thrones chorus: “Type, George, type as fast as you can / We need more scripts.”