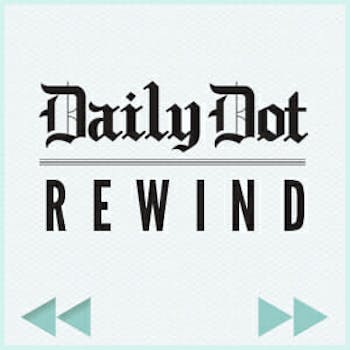 A grisly week on YouTube, with IndyCar crashes and Gaddafi videos in the mix.

Cute babies, animals, and music videos continued to be major draws for YouTube—but this week, millions flocked to the site to watch tragic footage as well.

According to YouTube viewing-data site VidStatX, footage of Dan Wheldon’s Fatal IndyCar crash was the second most viewed video on YouTube this week, with almost 4 million views.

Meanwhile, a graphic video of Gaddafi’s bloody arrest by Libyan rebels received 3.2 million views in the 24 hours since its upload.

Following another weekend of protests and arrests at Occupy Wall Street, protest videos saw heavy traffic. They were a trending topic all week, according to the official YouTube Trends blog.

The most popular was a protest video featuring United States Marine Corps. Sgt. Shamar Thomas, clocking in as the fourteenth most viewed video this week with just under 2 million views, according to VidStatX.

Footage of a woman closing her Citibank account and promptly getting arrested was also popular, with many people downloading and uploading copies to make sure it stayed online.

What would YouTube be without some cute fluffy videos?

Footage of a bear cub running rampant in an Alaskan grocery store captured the hearts of a quarter million people, as did a 47 second video of a cat playing baseball.  Babies playing with nerd paraphernalia was also popular this week.

Forty percent of all traffic to YouTube is to watch music videos, so it’s not surprising that Beyonce’s latest music video was the most viewed video of the week, according to VidStatx. Beyonce’s “Love on Top” has been viewed 4.5 million times since being uploaded on October 16.

And finally, a video of the comedian known as “The Fat Jew” resurfaced a couple of nights ago. In the video, the Fat Jew is nude except for pink rubber gloves. While claiming to be high on shrooms, he shoots guns in the desert. The year-old video has seen a resurgence in views after being rediscovered by Reddit this week. The video is not safe for work, or possibly for life.

You can watch all of the videos continuously through our YouTube playlist. (Some videos require you to verify your age.)