With 'We Were There,' photographer Sandy Carson shifts his focus to the crowd.

Those who have bothered to get to the very front of the stage at a big show—especially those who often make it a point—will know the feeling: Legions of fans striving to get as close as they can to their beloved band, eardrums be damned, often crushing in on one another to create one solid mass of limbs. In its best possible manifestation, this produces an electricity larger than the music itself that magnetizes and unifies the crowd into one cosmic being, hearts seemingly pounding together, each one in sync with the other, all in sync with the music. Besides communing with the band, a very real reason for positioning oneself at the front of this heaving mass of fans is this feeling of being part of a greater whole. 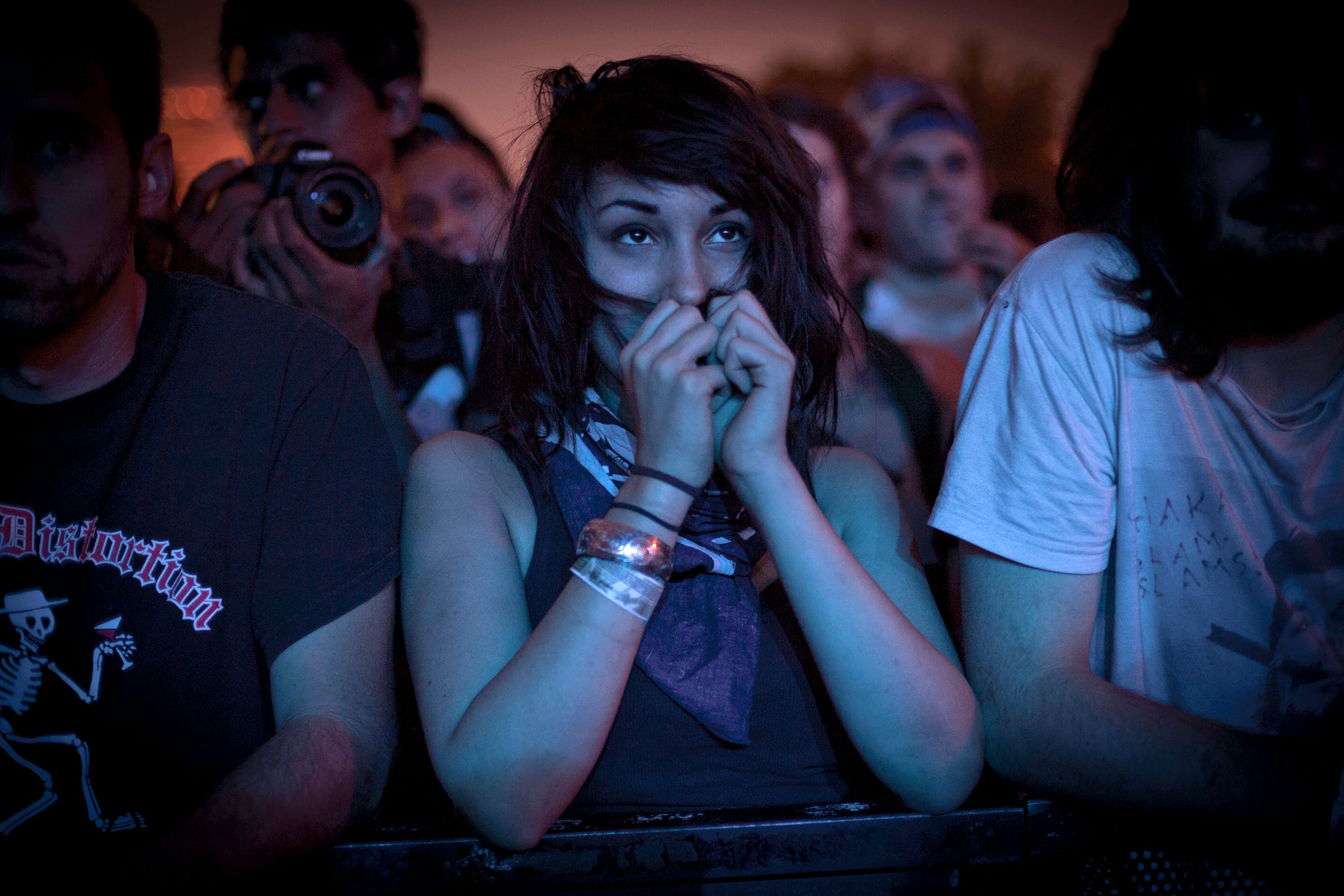 We Were There: Against Me!

Sandy Carson’s We Were There is the culmination of a decade spent in the pit, on assignment at music festivals and shows in Austin, Texas. While there to photograph the performers, Carson took advantage of his proximity to the crowds to turn his lens on them. Carson has himself spent many years playing in bands, making this project, in his own words, “a self-portrait of a music fan, musician, and photographer who has been on both sides of the barrier, on the stage, and in the photo pit.” 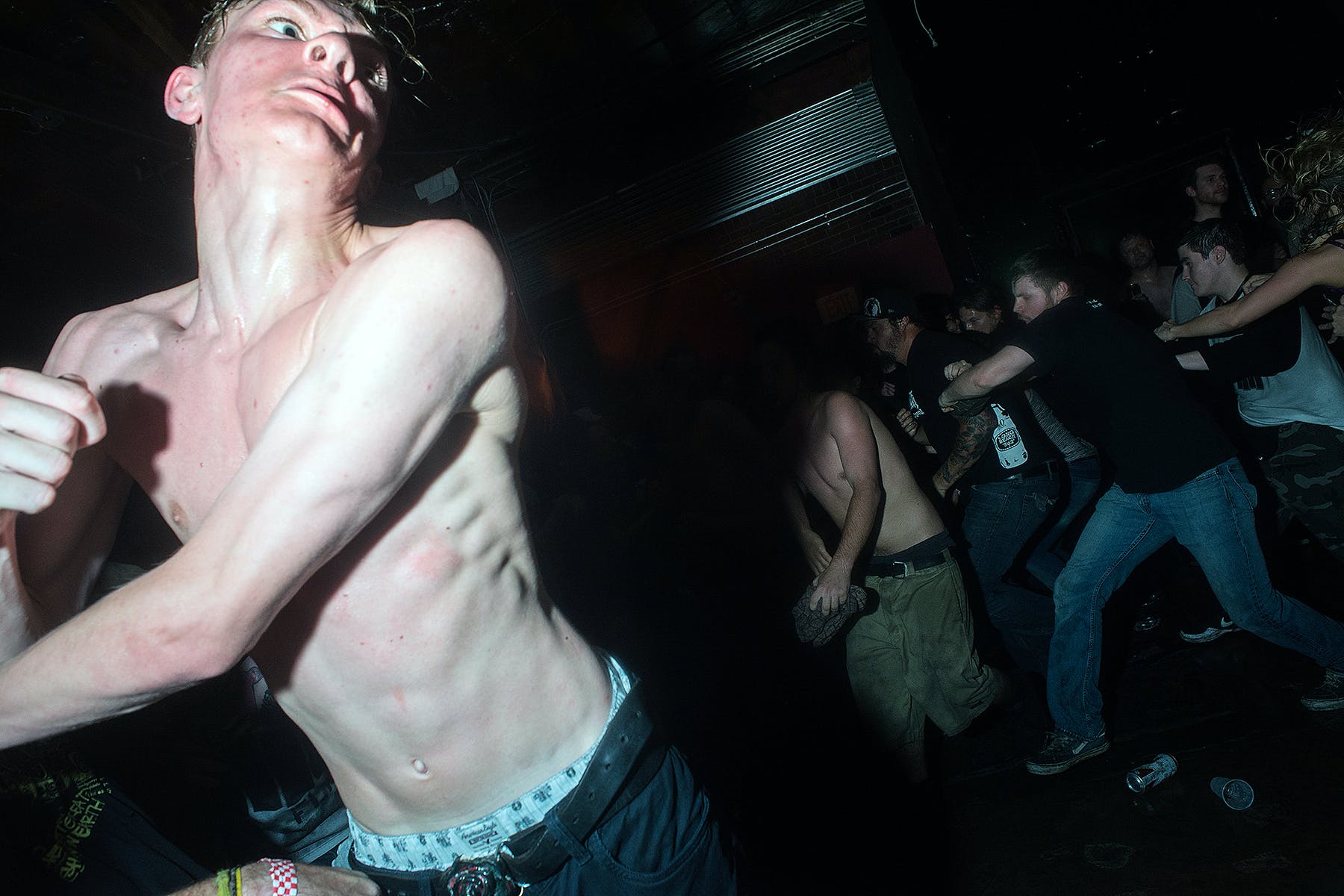 We Were There: Black Flag

Well and legitimately known as the universal language, music, along with the variety of emotions it elicits, can be seen writ large across the faces of music fans in Carson’s photos. And still, while the fans might be the most obvious subject, it is the music itself that drives the work and is, in a very real sense, the larger focus. It hums in the air, intangible but ever-present, made visible by Carson’s lens. Carson succeeds in bringing this sea of humanity together, portraying these varied emotions in broad strokes that almost all of us can identify with. And yet, pure love for the music is not always the driving force that brings one to the very front of the crowd, and looking at the variety of expressions captured in Carson’s photos of music festival fans, these alternate possibilities are apparent. The assumption that only the most dedicated fans end up at the front of this heaving mass of fans ignores the many other reasons someone might make a concerted effort to get to the front—and stay there once things turn hectic. Curiosity, desire to feel the energy regardless of the band, being dragged up by friends, supervising crazed teenagers, even the hope that full and total immersion will turn one from loathing to loving the band that’s playing. It is this range of individual emotions drawing our attention in the sea of faces that is yet another aspect of this body of work. 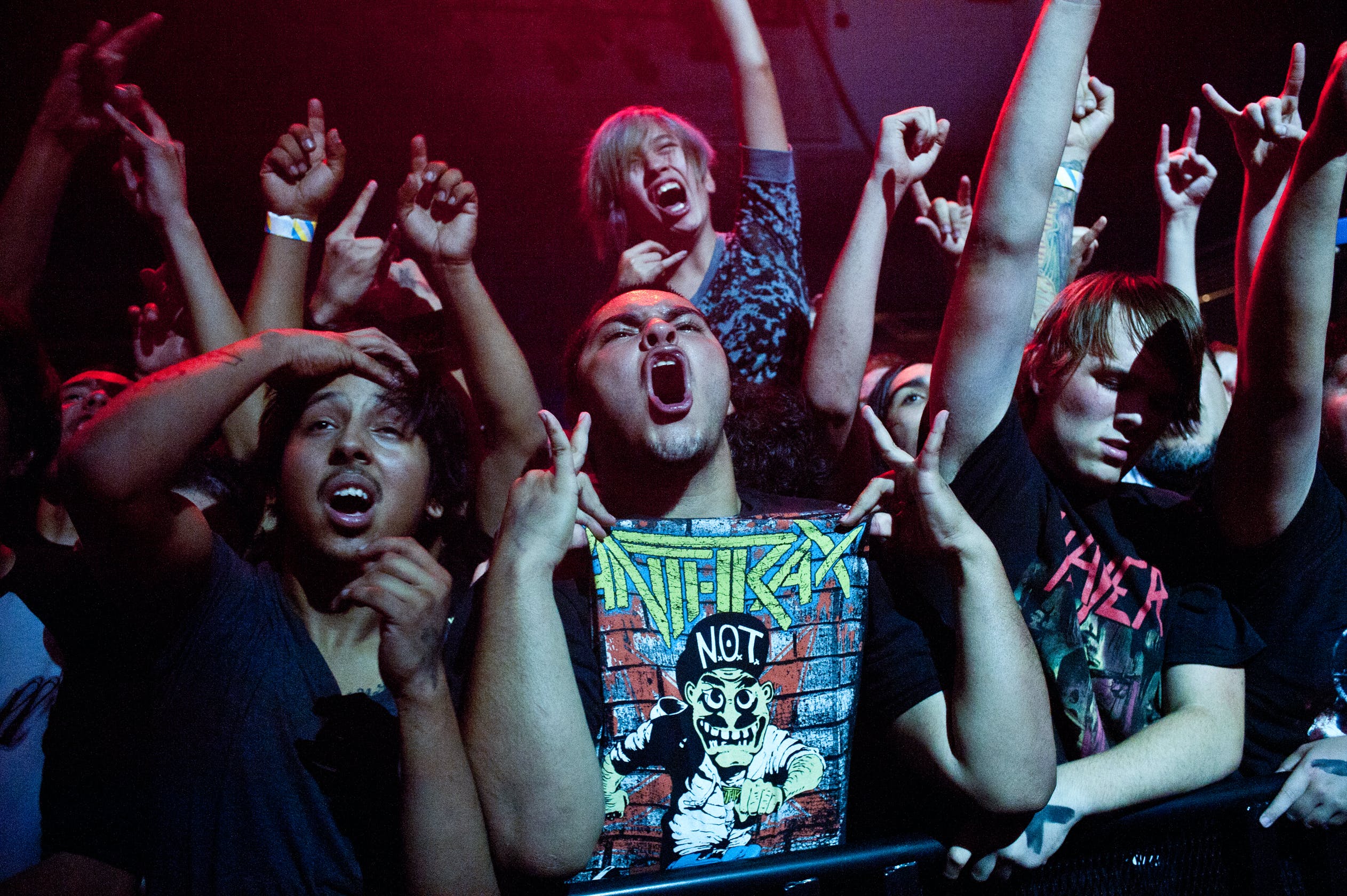 We Were There: Anthrax

As we are a planet of spectators, turning a camera on the spectators themselves is a natural offshoot of photographing an event. Of course, Carson follows in a line of photographers who have chosen to focus on spectators as a way of communicating the event being watched. Paul Fusco’s photographs of Robert F. Kennedy’s funeral train in 1968, and David Burnett’s photos of people who came out to watch the launch of Apollo 11 in 1969 both come to mind. From the opposite end of the spectrum, a less somber, far less artful but no less appealing example of photographs of spectators are those from Nightmares Fear Factory, a haunted house in Canada. Taken with a strobe at the exact moment in which patrons experience utter terror, they capture hysterical but absolutely relatable emotions. 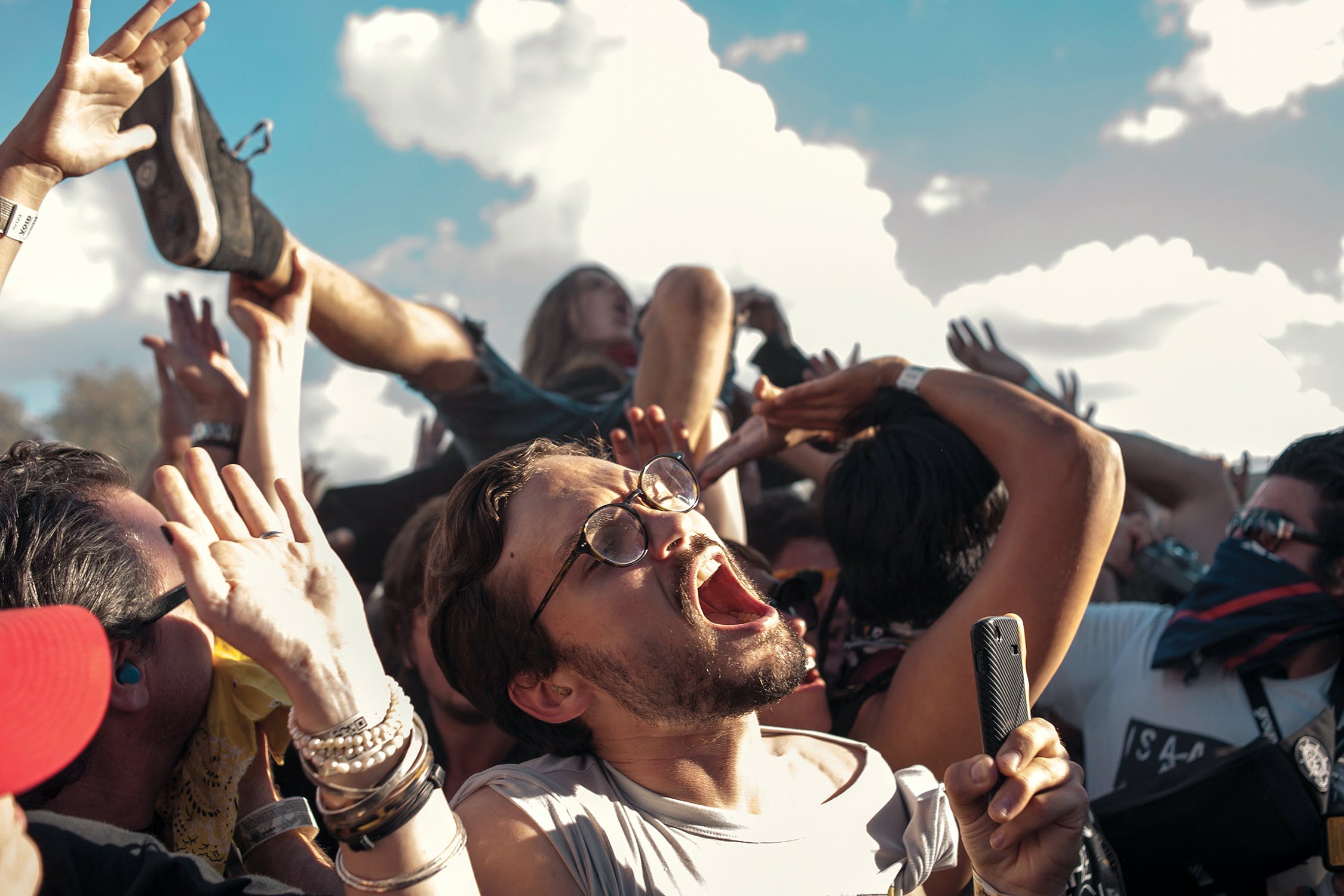 We Were There: OFF!

What We Were There has in common with these is that we are able to gain impressions of the event itself from the spectators’ faces alone, to the degree that depictions of spectators are indeed another way of portraying the event itself. It’s often quite possible to gauge the energy level of the music the audience hears as it is communicated by their expressions and body language. And while these depictions certainly communicate effectively when seen one at a time, they gain power from repetition, these faces that together make the crowd, and which hold varying degrees of emotion, fervor, unbridled, unselfconscious enjoyment, and which, as a result, become nothing short of a portrait of our collective human yearning for experience.

Alyssa Coppelman is a photo editor based in Austin, Texas, who has written for Slate, Feature Shoot, and WIRED Photo. This excerpt was taken from We Were There, a photography book documenting concert crowds in Austin, Texas, from 2007-2017. It is currently being crowdfunded via Indiegogo.

Disclosure: Sandy Carson has worked with members of the Daily Dot editorial staff in various capacities in the past, and was contracted by the company in 2015.