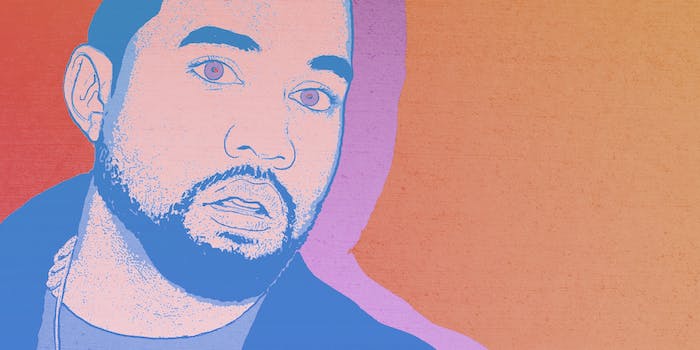 I have the No. 1 Kanye West podcast in the world, and it’s weird

'Watching the Throne' unpacks the most polarizing rap star of our times.

Today I got asked, and this is an exact quote, “What do your parents think of your podcast? Do they find it odd that their child hosts a program about one specific person?”

That’s a hard question for two reasons. One is that our podcast is about one of the most polarizing artists in the world. The second is because my parents are, not to be dramatic, dead. My dad passed away when I was 20. My mom when I was 25. And here I am at 30 years old, co-host of the No. 1 Kanye West podcast in the world. What would they think?

My dad was a blue-collar worker for 33 years who would sometimes spend a Saturday morning drinking Budweiser, while solving a crossword puzzle and watching a Pink Floyd concert on VHS. My mom had a Ph.D in animal behavior from the University of Pennsylvania, taught at Kent State for over 20 years, was a well-known house cat expert, and had a working theory on the vocabulary of laughing gulls. My dad would be more interested in what I thought about the Cleveland Browns building a competitive football team. My mom would have sent me text messages saying, “I heard Kanye [insert wild and random thing had Kanye done]. Why?”

So they probably wouldn’t have thought much about it. But would I even have a Kanye podcast if my parents were alive? 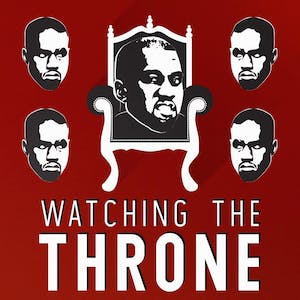 Up until 2008, I wasn’t a Kanye fan. I thought he was overplayed. Nothing more than an artist to throw on when you’re having a party and want to get people going. But 16 months after my dad’s lungs had filled with cancer, in the middle of a bleak final year of college, when I wanted to be anywhere other than Cleveland—Kanye released 808s & Heartbreak. It was his fourth album, and it threw the world for a bit of a loop: “Why is he singing on, like, every track?” “Is this even rap?” “Why is this so sad?”

Knowing that Kanye’s mom had passed the year before, I felt a connection to him. So, for the first time, I truly listened to Kanye.

There were no clever tales of gold diggers. No workout plans to help girls get NBA players or at least a dude with a car. There was no triumphant call for everyone to touch the sky. Instead, Kanye opined about love that’s been lost. He reflected on his friends having kids and him only having cribs. An entire track about street lights managed to arrive at the conclusion that “life’s just not fair.” That was the kind of dark, depressing shit I wanted to hear.

During that time, I was haunted by an inability to describe any part of my grief and bitterness; how things I had cherished were now superficial, indulgent, stupid. It mattered to me that Kanye had expressed what I didn’t know how. The most important question might be what I think about having a podcast about one specific person.

Travis and I have 108 episodes of Watching the Throne, over 175 hours of content, beyond 300 hours just in preparation for shows.

If Yeezus is 40 minutes and I’ve listened to it 500 times… I guess that means that I think nothing’s ever promised tomorrow, today. That Jesus walks. That street lights glowing happen to be just like moments passing. That it’s the last call for alcohol. That they need to put some goddamn barricades up on Mulholland Drive. That the things we buy cover up what’s inside. That the way you look should be a sin. That balding Donald Trump is taking dollars from you all. That no one man should have all that power. That this is the good life. That the wave is here. That it’s time for us to have a toast. That there’s no Gepetto to guide me. That, hey mama, I wanna scream so loud for you. That life’s just not fair, but we on an ultralight beam.

Watching the Throne is doing a live show Friday, as part of SXSW and the TuneIn Radio Podcast Stage. Disclosure: The Daily Dot is a presenting sponsor of this taping.

The podcast is available on iTunes, Google Play, TuneIn, Stitcher, and SoundCloud.