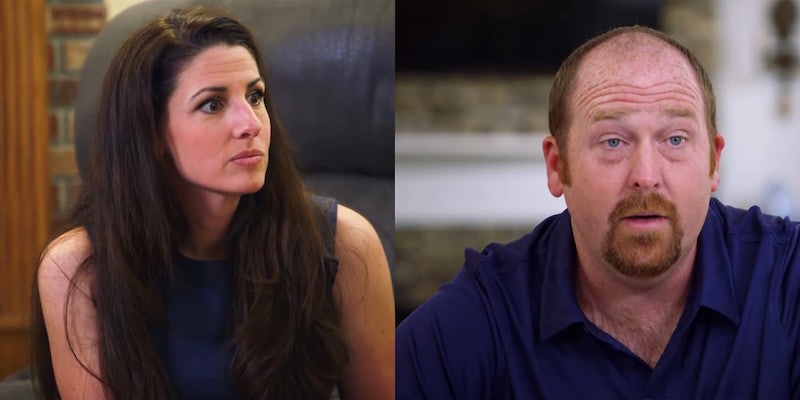 How to watch ‘Wife Swap’ online for free

Find out what swapping your spouse for a few weeks is really like.

Wife Swap is exactly what it sounds like: a reality show that asks families with dramatically different backgrounds to trade partners for a few weeks. (Sometimes husbands are swapped too.) Then they try to adapt to the exact guidelines and lifestyle of the person they are replacing, often with dramatic or hilarious results.

This one is a reboot of the original series, which aired on ABC from 2004-2010. The network brought it back for a seventh season in 2013 as well. Despite its popularity, it ran into some legal issues with several prior cast members suing ABC for ways the swaps went down–one after a swap that replaced a man’s wife with a gay man, while another woman sued for public embarrassment that she claims led to panic attacks.

Nine years later, the show is back with all those lessons under its belt and a whole new slate of issues to address, including politics, gender, race, and class. Let’s hope the new producers have learned from the past.

When does Wife Swap air?

What channel is Wife Swap on?

Wife Swap will air on Paramount Network. There are 10 episodes booked for the season.

How to watch Wife Swap online for free

Paramount Network is available on only two of the major live TV streaming services. How do you decide which one works better for you? You’ll want to take a look at the other channels offered and think about how you’ll be streaming, as there are considerable differences between the two. Either way, you’ll be able to start with a one-week trial, so you can feel confident about your decision and start watching Wife Swap for free.

There are two Sling TV cable packages to choose from: Sling Orange and Sling Blue. Which one you should choose depends on your particular needs. Paramount Network is available on the Sling Blue package—which also happens to be the beefier package with 42 channels, including TLC, Lifetime, Food Network, and HGTV. Each cable package costs $25 per month, but the best value comes from upgrading to Sling Orange + Blue for $40 per month. It’s an especially good deal for sports fans and reality TV fans who share the same household. (Here’s the complete guide to Sling TV channels.)

Philo‘s live streaming service is the friendliest on your wallet, costing just $16 monthly. You get what you pay for though, as it offers one of the smallest channel selection, particularly lacking in sports and news channels. Though you only have access to 40 channels, it does have a great deal of solid cable entertainment, including AMC, three Hallmark channels, Comedy Central, MTV, and more. Most importantly, it has Paramount so you can watch Wife Swap.  (Here’s a complete guide to Philo channels.)

How to catch up on past Wife Swap episodes

If you’re looking for a place to catch up on older Wife Swap episodes, read on to find out how.

Amazon does not currently have episodes of the regular Wife Swap episodes. However, it has the spinoff series Celebrity Wife Swap. You can watch it on your TV, tablet, phone, or computer with Amazon Video. Individual episodes cost $0.99 each, but you can purchase an entire season for $2.99-$9.99. That’s cheaper than any monthly service can offer.