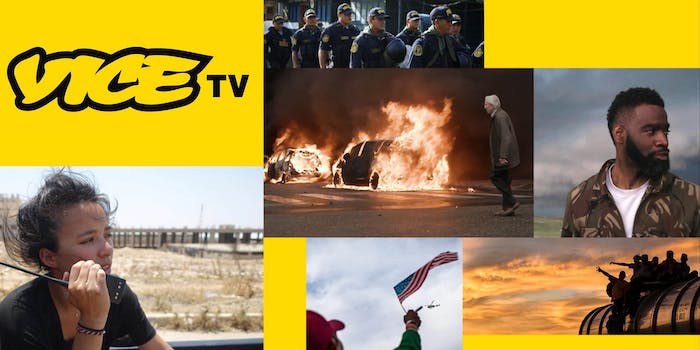 How to watch ‘Vice News Tonight’

No ads. No anchors. No censors.

In 2016, alternative news brand Vice hit the small screen with its new and innovative take on reporting. If you’re looking for the typical 6 o’clock news or some talking head cable squawk box, look elsewhere.

In-depth interviews, info-packed video packages, and straight-up gonzo journalism are just some of the fresh news offerings for junkies with discerning taste.

For three years, Vice News Tonight found a home on HBO, but will soon relaunch at a more appropriate home, Vice on TV.

Here’s everything you need to know to watch Vice News Tonight.

When does Vice News Tonight air?

What channel is Vice News Tonight on?

Vice News Tonight originally aired on HBO. But the return of the alternative news program will have its proper home on Vice on TV (formally Viceland).

How to watch Vice News Tonight

Vice on TV (formally Viceland) is available on a handful of the major live TV streaming services. When trying to decide which one is best for you, you’ll want to weigh the cost, the other channels you’ll receive, and the compatible devices for streaming.

Philo is the least expensive streaming service, but it has some limitations. You won’t find the sports channels that dominate other packages or local channels. However, it’s the cheapest way to gain access to BBC America at only $20 a month. You will also find the best deal on popular channels like Animal Planet, IFC, AMC, Lifetime, and even deep cuts like ID. You also get free cloud DVR, but shows recorded are deleted after 30 days, so binge responsibly.