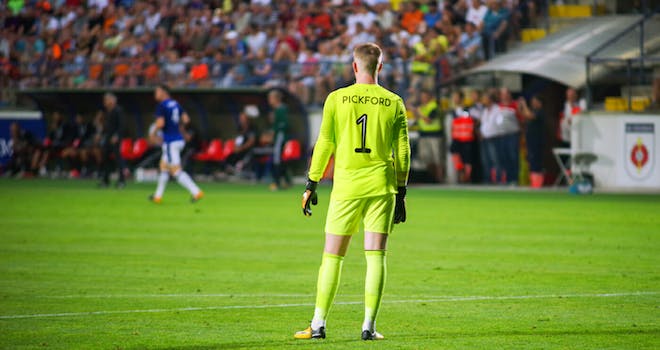 How to watch Tottenham Hotspur vs. Everton online for free

Can Spurs tune out the Poch talk and win on the road?

League Cup semfinalist Tottenham Hotspur takes on Everton, fresh off a quarterfinal victory over bitter rival Arsenal. Watch the Everton vs. Tottenham live stream to see if Spurs can continue their hot start amid speculation regarding Mauricio Pochettino’s future with the club. Here’s everything you need to know to watch Everton vs. Spurs online for free.

Everton vs. Spurs: Why it matters

Starting an intense holiday schedule for these two clubs, this matchup will be the most entertaining game to watch in the Premier League. Everton sits within just a few points of many rival clubs, and if Tottenham Hotspur wants to get in the title race, a win every week is needed to keep pace with Liverpool and Manchester City. Everton is a point away from a Europa League spot, so a win here for manager Marco Silva could go a long way to ensuring the Toffees play in Europe next season. Everton needs to get as many points off the top six as possible, and this will be a great opportunity against a Spurs team playing on short rest.

Mauricio Pochettino has been all the discussion since Manchester United parted ways with Jose Mourinho, but his team won’t be distracted from this Everton that has creative, young, expensive players all over. Spurs will have to bring their A-game when they are missing key players to injury, such as Eric Dier and Jan Vertonghen, who will both miss the trip to Goodison Park. But don’t worry Spurs fans, Poch will lead the way. Tottenham 2, Everton 1.