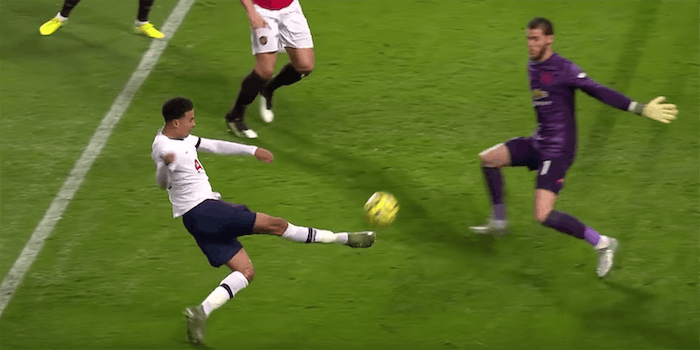 How to watch Tottenham Hotspur vs. Burnley live

Tottenham Hotspur lost its first match of the Mourinho era on Wednesday. It'll look to get back to winning ways against Burnley on Saturday.

Well, Wednesday’s trip back to Old Trafford didn’t go so well for Jose Mourinho. The new Tottenham manager returned to his old stomping grounds and lost 2-1 to his former club. Marcus Rashford slotted both goals in the match, making it the first defeat for Spurs in the Mourinho era. The squad returns home on short rest for a Saturday match against Burnley before heading off to Munich for a Champions League matchup against Bayern to close out group stage play.

Here’s everything you need to know to live stream Tottenham Hotspur vs. Burnley, including what to watch for on the pitch.

The match is on NBC Sports Gold; it’s an easy way to get all your Premier League action from a single online streaming service. (Select matches from Tottenham Hotspur and other top Premier League teams are exclusive to NBC Sports Gold this season, so if it’s important for you to have access to all 38 Spurs matches, you’ll want to subscribe.)

Tottenham Hotspur (Last 5 matches: DDWWL) dropped to eighth in the Premier League table following its loss to United, but it’s only three points out of fifth. Mourinho Magic has helped Spurs to climb partway out of the mid-table traffic jam, but it’s going to take more work to fully do that. Hosting Burnley, incidentally, is not the worst way to attempt that. However, this could be a trap game, given it falls right before the rematch with Bayern. (Spurs fans will remember, or try to forget, the 7-2 drubbing on Oct. 1 that set a managerial change in motion.)

Burnley (recent form: LWWLL) drew a rough hand on Tuesday, hosting Manchester City. The good news is Burnley didn’t get shut out, but its lone goal came late in what ended up being a 4-1 loss. The setback put Burnley in 12th, but only three points back of the teams (United and Palace) occupying the sixth and seventh slots. Goals have been hard to come by lately for Sean Dyche’s men; the Clarets lost 2-0 to Palace at home last Saturday. Burnley did find joy in a 3-0 win in its most recent road match, though, but that was against a Watford team that has only managed one win all season.