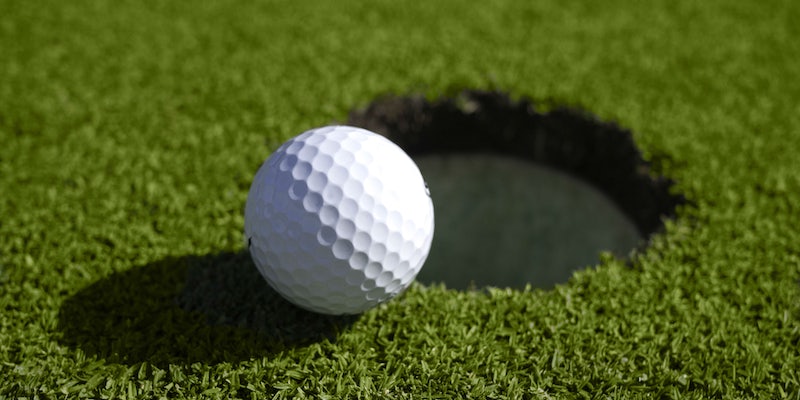 Tiger vs. Phil: It’s a PPV event that most didn’t think would happen, a showdown between two of the greatest golfers of all time with $9 million and change on the line. But it’s finally happening Friday afternoon at Shadow Creek Golf Course in Las Vegas, and there are a couple of easy ways to watch a live stream online—and one of them is even free.

Needless to say, this is not your typical game of golf. Both players will be mic’d up for the entire 18-hole match play event, NBA star Charles Barkley will be providing color commentary, and there will be plenty of side bets along the way. In fact, one was made during the press conference Tuesday afternoon: Phil Mickelson bet $100,000 he’d birdie the first hole, and Tiger Woods was coaxed into doubling it.

While Woods and Mickelson might not be in peak form—the two combined for a 0-6 performance at the recent Ryder Cup, which the U.S. lost to Europe—you won’t want to miss this once-in-a-lifetime event. Here’s everything you need to know to watch what’s being dubbed “the Match.”

Tiger vs. Phil live stream: How to watch online

You can order the Match through your cable or satellite provider, the same way you would any other pay-per-view event, but if you’ve cut the cord, you still have some great options.

Sling TV is not only one of the best live TV streaming services, but it’s also the only one that offers pay-per-view. In fact, if you sign up for Sling TV and prepay for one month of Sling Orange or Sling Blue, you’ll actually receive the Tiger vs. Phil PPV for free.

I’d actually recommend going with the Sling Orange + Blue package, which costs $40 per month (after the free trial) and includes a plethora of sports and entertainment channels. You can also add the Sling Blue Sports Pack for an extra $10 per month, which will give you NBC’s Golf Channel, in addition to NFL RedZone, NHL Network, Pac-12 Network, NBA TV, and BeIN Sports. That’s the best deal in streaming.  (Here’s a complete guide to Sling TV channels.)

B/R Live is Bleacher Report’s new live sports streaming service. Its offerings have been limited to date: You can subscribe to NBA League Pass through the app, and it also offers a monthly soccer pass that lets you stream games from UEFA Champions League, UEFA Europa League, Scottish Premiership, and Belgian Pro League. Tiger vs. Phil will be one of B/R Live’s first big events, but I wouldn’t hesitate to give it a try.

Note: You have to watch Tiger vs. Phil on the platform you purchased it on. Your Sling TV purchase won’t work on B/R Live and vice versa.

Tiger vs. Phil: How it works

Unlike tournament golf, where the lowest score wins, each hole for Tiger vs. Phil will be worth one point. In other words, it doesn’t matter if Mickelson double-bogeys on back-to-back holes or spends, to quote Happy Gilmore, more time in the sand than David Hasselhoff, if he wins more individual holes than Woods, he’d be the winner. The same goes for Woods. In the case of a tie, presumably, they’ll have a one-hole playoff.

It’s a winner-take-all event, but as Mickelson told SportsCenter, it’s a win-win for everyone involved.