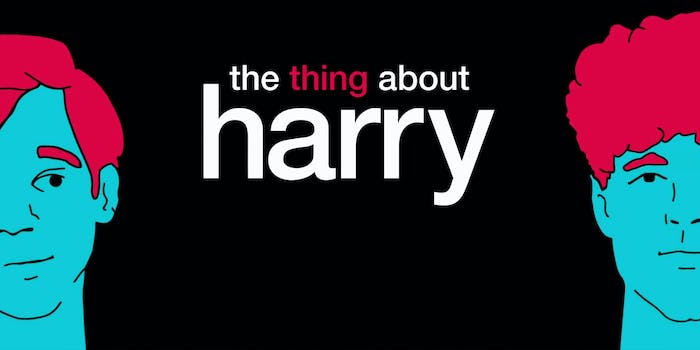 How to watch ‘The Thing About Harry’

LGBT romance on the road.

Harry isn’t into the Chicago dating scene. After a series of failures, Harry decides to head back home to Missouri to celebrate a friend’s engagement. He’s forced to share a ride with his high school nemesis Sam, an out-and-proud foil to his past as an uber-jock.

After spending a night in a roadside motel, a deep friendship develops, while they both consider the possibility of finding love during this fateful little road trip. Will these ex-enemies discover more than they planned for on the highway home?

Here’s everything you need to know to watch The Thing About Harry.

When does The Thing About Harry air?

The movie premiers on February 15 at 8pm EST.

What channel is The Thing About Harry on?

The movie airs on Freeform.

How to watch The Thing About Harry

Freeform is available on a handful of the major live TV streaming services. When trying to decide which one is best for you, you’ll want to weigh the cost, the other channels you’ll get, and the compatible devices for streaming.

For a more à la carte service, look to Sling TV. It offers two cable packages, Sling Orange and Sling Blue, both of which cost $30 per month. If you grab them both (Sling Orange + Blue) you can save $10 per month. Sling Blue offers more bang for your buck with over 40 channels, including sports necessities like FS1, NBCSN, and NFL Network. You’ll also gain access to the usual cable mainstays like Food Network, Discovery, Cartoon Network, SYFY, and FXX. Freeform is available on Sling Orange Packages. Here’s the complete guide to Sling TV channels.