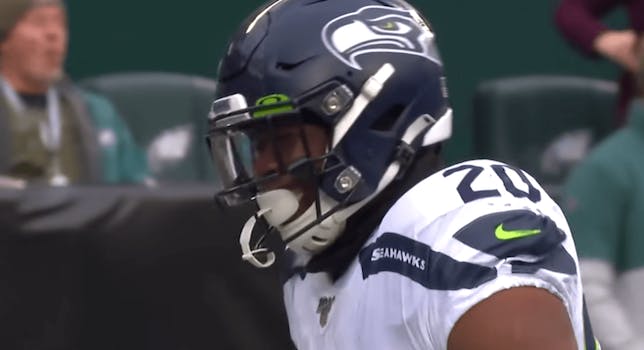 How to watch Seahawks vs. Rams live on Sunday Night Football

Can the Rams salvage its season against the playoff-bound Seahawks?

It is possible to have too much of a good thing, at least in the NFC West. With three of the league’s top teams crammed into one division, it is going to be hard for all of them to make the playoffs. Though they have a solid 7-5 record, if the Los Angeles Rams lose to the Seattle Seahawks on Sunday night, their season is likely over.

Los Angeles has struggled at points this season, largely because of an offense that seems to have lost a step. Sometimes you get a Jared Goff like the quarterback we saw last week against the Cardinals. Throwing for 424 yards and two touchdowns, he was in control for the entire game. In other weeks, you get the Rams offense we saw against the Ravens that managed only six points.

Seattle, by contrast, has been the model of consistency. Though they are second place in the division, they only have two losses, both to elite teams (Saints, Ravens). While they often cut it close, often winning by a touchdown or less, they win. Russell Wilson has been dependable in a way that Jared Goff hasn’t, and his amazing play has made all the difference.

This game could go either way, and with difference-makers like Aaron Donald and Todd Gurley, you can’t count the Rams out. But, you simply trust Russell Wilson to deliver a win more than Jared Goff.

Here’s everything you need to know to live stream Seahawks vs. Rams, including what to watch for on the field.

Seattle Seahawks vs. Los Angeles Rams stream: What to watch for

Where was this Los Angeles Rams team all season? With Jared Goff throwing for 424 yards, and Todd Gurley rushing for nearly 100, this offense looked like last year’s Super Bowl-caliber unit against the Cardinals last week.

In addition to the stellar offensive performance, the defense continued its strong campaign with six sacks on the day. Unsurprisingly, Aaron Donald led the pack with 1.5. Goff was only sacked once.

Even aspects of this team that don’t always thrive, like the secondary and tight ends, showed up for the Rams. But, can they take this energy into a do-or-die game against the Seahawks?

The Seahawks do a lot of things really well. Though they aren’t the flashiest offense, the Hawks are fourth in offensive DVOA. Chris Carson and Rashaad Penny aren’t always mentioned among the best rushing tandems in the league, but it’s time for that to change. It seems like one of them flirts with 100 yards every game. In the passing game, Wilson has made stars out of D.K. Metcalf and Tyler Lockett.

Seattle’s defense isn’t great (16th in DVOA), but they have a knack for playing well enough to win. The solid linebacking corps with Mychal Kendricks, Bobby Wagner, and K.J. Wright has often been the lifeline for this team. And Jadeveon Clowney has given the D a needed boost upfront.

On paper, this game should be close. If you take away the Ravens game (no one looks good against the Ravens), the Rams have looked better recently. However, Goff has had some real meltdowns this season against teams like Pittsburgh and Tampa Bay while Wilson and the Seahawks don’t have any such blemishes on their record. You just trust the Seahawks to get the job done.

Look for the Seahawks to find a way to win, even if it takes another close game to get there.

The Rams, at home, are only one-point favorites, according to William Hill.