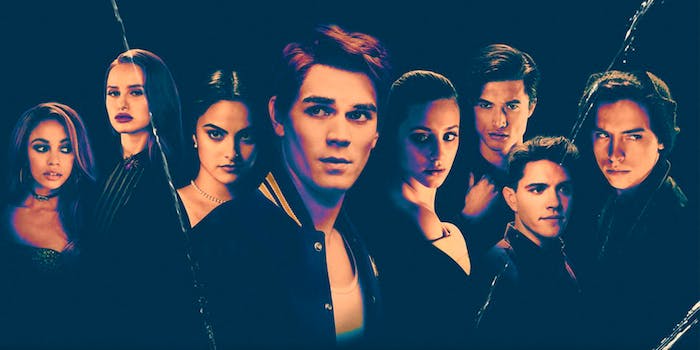 How to watch ‘Riverdale’ season 4 online

Archie Comics may have started as boomer culture, but in the 21st century, it’s strictly the domain of the youth of America. Of course, all the characters including Archie, Betty, Veronic, and yeah, even ol’ goofy Jughead have been revamped for modern audiences, and are far-flung from their funny paper origins. Season 3 saw the unmasking of the Gargoyle King and the exposure of the harvesting program conspiracy. Still, as their small town fights off the ravages of drug kingpins, the gang makes a promise to do their very best to enjoy their upcoming senior year.

Tragically, Luke Perry, who plays Archie’s father Fred passed suddenly in March of this year. The season 4 opening is aptly titled “In Memoriam” and will pay tribute to the fallen actor when the show returns Oct. 9.

Here’s everything you need to know to watch Riverdale online.

What channel is Riverdale on?

How to watch Riverdale season 4

The CW is available on a few of the popular streaming services. There are variations among them, though, especially when it comes to the local channels offered. Depending on which service you choose, the availability of the CW in your area might vary. The links below will offer a quick primer on what channels you’ll get with each service.

How to catch up on Riverdale episodes

If you’re looking for a place to catch up on older Riverdale episodes, there are a couple of solutions.

While it’s a season behind, you can watch seasons 1-3 on Netflix. You’ll want to catch up on older episodes before diving into season 4.

You can catch up on select recent episodes of Riverdale on the CW website. You don’t need credentials or an account to watch the most recent episodes, but each new episode expires after a couple of weeks, so you’ll want to act quickly.