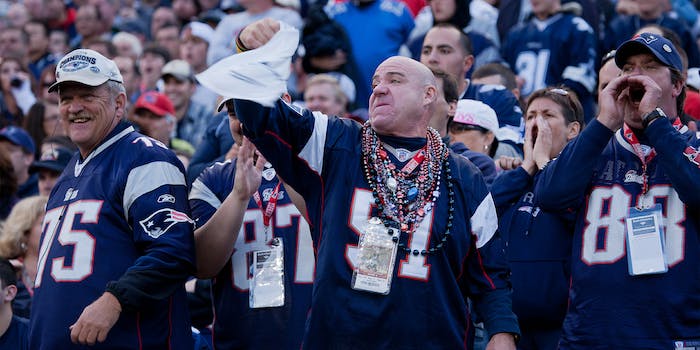 How to stream the Patriots vs. Chargers for free

The Patriots have all the right tools to advance.

The Patriots are nearly unbeatable at home during the postseason. Tom Brady is probably the greatest quarterback to ever play the position. And Bill Belichick is probably the greatest coach in the NFL history. But the Patriots vs. Chargers matchup on Sunday isn’t an easy one to pick. Yes, New England has been the league’s standard-bearer for the past two decades, and yes, the Patriots have won 11 of their last 12 postseason games at home. But Los Angeles has a real chance to beat New England, and even if you’ve gotten rid of your cable, it’s still worth the effort to watch this game on a live stream.

How to watch Chargers vs. Patriots online

Hulu with Live TV has all of the essentials when it comes to streaming the Patriots vs. Chargers. Even better, its 50-plus channel lineup includes six ESPN channels, seven if you include SEC Network. (Here’s the complete list of Hulu Live TV channels.) While you won’t be able to add NFL RedZone or NFL Network, Hulu has one thing none of its competitors can match: a massive library of on-demand entertainment you can watch anytime. Here are guides to the best movies, documentaries, anime, and Hulu original series to watch to get you started.

CBS All Access is a standalone streaming service that lets you watch the channel live and opens up its massive back-catalog for on-demand viewing. You can also add CBS All Access as an Amazon Prime channel, which comes with a free seven-day trial. No matter what device you subscribe on, you’ll also get access to all of your favorite CBS shows (The Big Bang Theory, S.W.A.T.) and CBS All Access exclusives like Star Trek: Discovery.

FuboTV specifically caters to sports fans, as you’ll note by the abundance of sports channels in its basic lineup, which includes regional sports networks, Big Ten Network, BeIn Sports, and FS1 and FS2. It’s the best streaming service for international soccer and, with a standard package that includes access to all four major broadcast channels and NFL Network. It’s a solid choice for streaming NFL playoff games, too. You’ll also get free three-day replay for games and 30 hours of cloud DVR storage. (Here’s the complete FuboTV channels list.)

Chargers vs. Patriots: Why it matters

The Chargers are one of the best teams in the AFC with a little bit of bad luck on the side. They had the same record as the AFC West division-winning Chiefs, and since Kansas City had the tiebreaker over Los Angeles, the Chargers’ road to the Super Bowl requires them to travel across the country multiple times. They beat the Ravens in Baltimore last week—and are, in fact, 4-0 in 1pm ET East Coast games this year—but the Chargers will have to survive another long flight this weekend to face New England. It won’t be easy, but Los Angeles is well-rounded enough with a good quarterback in Philip Rivers to give the Chargers a real chance to win and advance to the AFC title game.