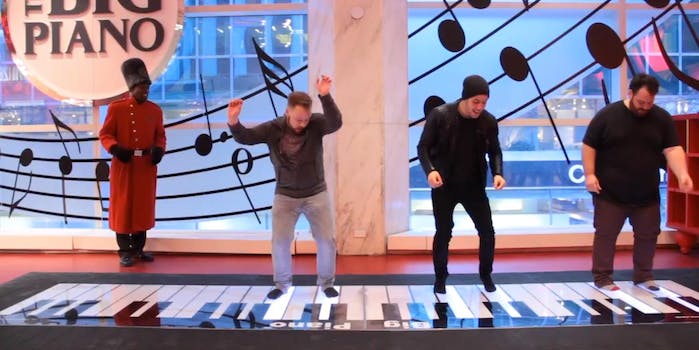 This Jo Bro is playing a lot more than just "Chopsticks."

Ever since Tom Hanks first set foot on FAO Schwarz‘s larger than life, 15.8-feet-long piano in the movie Big, the instrument has become somewhat of a New York City landmark. While most choose to stomp out a crude rendition of “Chopsticks” during their visit to the $250,000 keyboard, Nick Jonas had a different song in mind. Rather than hopping out an homage to Hanks and the 1988 film by playing “Heart and Soul,” he chose to enlist two friends to accompany him as he crooned his latest single “Jealous.”

Hollywood, if you’re looking to reboot Big, I think we just found your new Hanks.