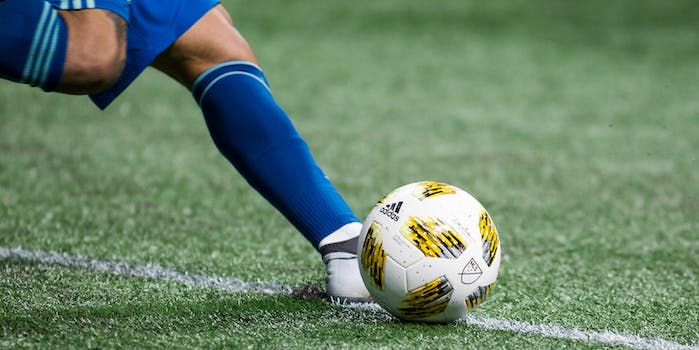 How to watch the 2018 MLS playoffs online

The playoff seeds have been set, and the time has finally come for the 2018 MLS playoffs. If you’re looking to watch online, you’re going to need to do a little homework first. MLS playoff games will be spread out across FS1, Unimas, ESPN2, ESPN+, and Fox—not to mention TVA Sports and TSN, two Canadian sports channels, and Roots Sports, a regional sports network available in the Seattle area. That makes it challenging to find a live TV streaming package that checks all the boxes and at a price point you’re comfortable with. Below, we’ve broken down everything you need to know to live stream the 2018 MLS playoffs.

In both the conference semifinals and conference finals, the MLS uses what’s known as a home-and-away, aggregate goal format, meaning it’s the total number of goals scored that determines who advances to the next round. If, for example, a team wins the first playoff game by 1 goal but loses the next by 3, the other team would advance. If the teams score the same number of goals, the team that scored more on the road will advance. If that number is also the same, the teams will play 30 minutes of extra time and, if necessary, a penalty kick shootout to determine the winner.

Yes, it’s unnecessarily complex and a source of much frustration for the teams that end up on the wrong side of the scorecard.

FuboTV originally launched as a streaming service for international soccer, and it’s still your best bet for all things soccer. Not only is it one of only two services on this list that offer Unimas (the other one is DirecTV), but you’ll get everything you need to live stream the 2018 MLS playoffs, with the noted exception of ESPN+, which is a standalone service. But whether you’re interested in UEFA Champions League, Liga MX, or English Premier League, FuboTV is your best option. (Here’s the complete FuboTV channels list.)

Sling TV is your cheapest option for an MLS playoffs live stream. One of its introductory packages, Sling Blue, which costs just $25 per month, includes FS1 and Fox—though you’ll want to double-check Fox’s availability using the link above—but if you also want to get ESPN2, you’ll have to upgrade to Sling Orange + Blue, which costs $40 per month and includes a full suite of ESPN channels.  (Here’s a complete guide to Sling TV channels.)

Hulu with Live TV gives you all the regular channels for streaming the MLS playoffs in one comprehensive package. (Here’s the complete list of Hulu Live TV channels.) Even better, every subscription unlocks Hulu’s full on-demand library, so you’ll never lack for something to watch. (Here are our picks for the best movies on Hulu, Hulu documentaries, anime, and the must-see Hulu originals.)

Like Hulu with Live TV, YouTube TV offers only one block of live TV channels, and if you’re a sports fan, there’s a lot to love. In addition to MLS playoff channels ESPN2, Fox, and FS1, you get a handful of specialty options like Big Ten Network, NBA TV, and MLB Network. More importantly, it’s the only service that offers channels dedicated to MLS teams, with channels for the Seattle Sounders FC, Los Angeles Football Club, Orlando City SC. (You can find the full list of YouTube TV channels here.)

PlayStation Vue is one of the more expensive options for watching MLS playoff games, and its entry-level package is fairly basic in its offerings. But on the plus side, you can stream on up to five devices simultaneously. (Here are all of PlayStation Vue channels.)

ESPN+ is not a substitute for ESPN. You can’t use it to watch Monday Night Football or SportsCenter, for example. ESPN+ is a paid extension of ESPN that unlocks a ton of additional live programming. It’s especially great for streaming NHL games and for both MLS and international soccer. Along with exclusive shows like Kobe Bryant’s Detail, your subscription also lets you watch the entire catalog of 30 for 30 documentaries, so it’s easy to get your money’s worth, even if ESPN+ is only scheduled, as of press time, to broadcast one MLS playoff game.

After you’ve selected a live TV streaming service from the list above, download Fox Sports Go. The app will not only let you watch applicable the MLS playoff games from Fox and FS1, but it also opens up live programming from every other Fox channel included in your package, including FS2, Fox College Sports, Fox Soccer Plus, and more.

Nov. 4: The higher seed in East vs. Atlanta United FC

Nov. 11: Atlanta United FC vs. the higher seed in East

Nov. 4: The lower seed in West vs. Sporting Kansas City

Nov. 4: The higher seed in West vs. Seattle Sounders FC

Nov. 8: Seattle Sounders FC vs. the higher seed in West

Nov. 11: Sporting Kansas City vs. the lower seed in West