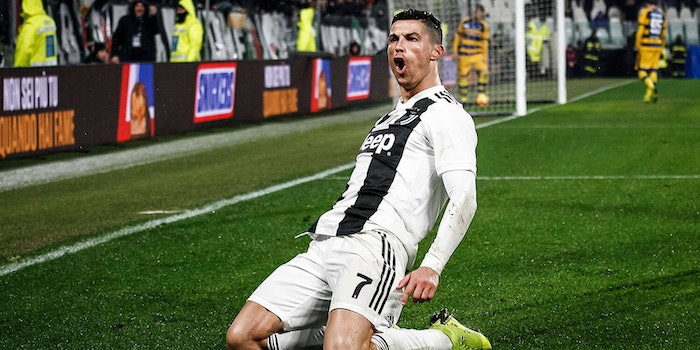 How to stream Juventus vs. Atletico Madrid in Champions League action

Atletico Madrid doesn't like Cristiano Ronaldo very much. They'll get a chance to exact revenge for 2018, and 2017, and 2016, when they meet Juventus on Wednesday.

Atletico Madrid has a thing against Cristiano Ronaldo. Back when Ronaldo was with Real Madrid, he stepped up his game at just the right moments to thwart Atleti, including making a crucial PK (after being held in check most of the match) to best the Madrid rivals in the 2016 Champions League final. Then, Real knocked Atleti out of the semis in 2017 en route to grabbing a third straight title. Then, upon moving to Juve, CR7 did it again, rising to the occasion to bounce Atleti from the knockout rounds. This year, they find themselves in the same group and open Champions League group stage play against each other.

Here’s everything you need to know to live stream Juventus vs. Atletico Madrid, including what to watch for on the pitch.

Juventus vs. Atletico Madrid: What to watch for

Juventus is certainly more than Ronaldo, but the Portuguese star has helped raise the team’s profile to the global icon status it seeks. Ironically, a Champions League trophy would help with that, and in CR7’s last season with Real, he helped best Juve in the final. Last year, in his first season in black and white, Juve got to the quarterfinal round, where Ajax eliminated them during a magical run. Over the summer, Matthijs de Ligt, a key player in Ajax’s 2018-19 run, joined Juve. (If you can’t beat ’em, steal their best players?)

Like Real Madrid the year prior, Atletico Madrid lost their most popular player—Antoine Griezmann moved to Barca to join that squad’s hunt for trophies. Atleti replaced him with Joao Felix, a young star-in-the-making who has the potential to be Portugal’s best player since you-know-who. Atleti still knows how to play defense though, and striker Diego Costa is a master of housery. This all adds up to being, potentially, the most fun and firework-filled match of the opening round.