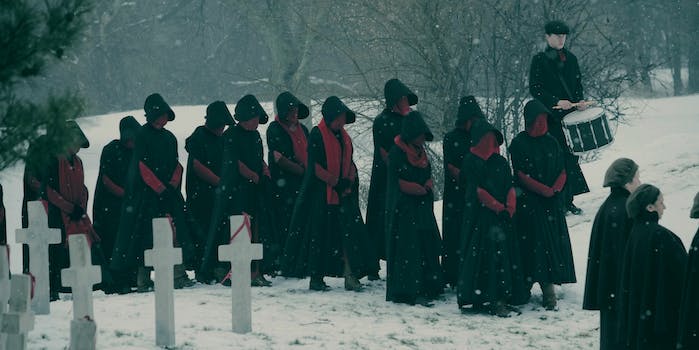 Can you watch Hulu offline?

You can download your favorite Netflix original series and the best movies on Amazon Prime. But can you watch Hulu offline? Hulu has been teasing out the feature for years, and there are third-party services out there that promise to let you watch your favorite Hulu originals and shows when you’re on the move. But do they actually work? We’ve looked into it and have the definitive answer, along with a few options for people who are still curious about offline video.

Can you watch Hulu offline?

The short answer is no, but you will be able to stream content offline in the near future. The main hangup has been licensing deals. Hulu works with an extensive range of content providers, each with their own specific terms of service. Ironing out the logistics necessary to enable offline viewing has been a complicated process.

But Hulu announced on May 2 that it will be launching offline viewing during the 2018-2019 upfront season. There’s just one catch: Unlike other apps that allow users to download content, Hulu will be the first company to offer ad-supported offline content. According to Peter Naylor, senior vice president of advertising sales at Hulu, “With downloadable content, we’re offering brands more ways to connect with engaged viewers who love the experience of watching television, wherever they may be.”

While the company didn’t specify, it appears as though ads will be standard for Hulu offline viewing, even for those who’ve upgraded Hulu and Hulu with Live TV subscriptions to plans that don’t typically include ads. So while you’ll soon be able to watch all 331 episodes of ER on the go without killing your data plan, you’ll still have to sit through some ads.

How to watch Hulu offline

If you Google “Hulu offline,” you’ll be presented with a couple of options that claim to allow you download Hulu for offline viewing.

Those websites are either lying or directing you to use a paid digital video recorder service. There is no official way to watch Hulu content offline. The best alternative is the PlayOn digital recording service, which costs $4.99 per month, $23.88 annually, or $69.99 for a one-time lifetime license.

I tested PlayOn, and it works as advertised. Users can set the app to record an entire season of a show with one click, automatically recording when new episodes appear. You can set PlayOn to record shows outside of your peak online usage hours, so a new episode download will never get in the way of a crucial multiplayer match. Files are recorded as MP4 files without expiration dates, effectively giving you a permanent digital copy of your favorite content. You can even automatically skip ads with the AdSkip feature if you watch via PlayOn’s app.

Here’s the rub: PlayOn exists in a legal grey area. It’s enabling copyright theft on a massive scale, and we can’t recommend it in good conscience. Services like PlayOn screw over content creators, robbing them of ad revenue, potential DVD and BluRay sales, and streaming stats, which are the lifeblood of your favorite streaming shows.

While it’s more likely that Hulu or another major copyright holder would go after the service itself instead of the individual users who have tried it, you’re better off waiting a few months for Hulu’s offline features to become available.

While you’re waiting for Hulu to get their ducks in a row for offline streaming, there are still plenty of alternatives the next time you want to save data. Many prominent streaming services already included offline viewing in current apps, but this feature comes with a caveat. Not everything available to stream on each service is available for offline viewing. Some titles will be locked out due to the licensing deals struck by each provider. This might be a bummer, but it’s better than the olden days when you couldn’t easily download movies to your phone.

If you’re using iOS, Android, or a Windows 10 PC, you can download a wide selection of Netflix content for offline viewing. You can tell what content can be downloaded for watching by the download button, seen below, the accompanies those videos. However, the Netflix app will also help you find these titles when you log in to a device that supports the feature. Users can also choose what video quality their downloads feature. (Different sizes of the screen need different qualities of content.) Downloaded content doesn’t last forever. Depending on licensing, some titles will disappear 48 hours after you press play or within seven days of downloading. You can always log back into your Netflix account to renew expired titles that are still available for the service.

Netflix might get the most credit, but Amazon has been letting users download Prime videos longer than anyone else. All you need to get started is a Prime account, and an iOS, Android, or Amazon Fire tablet device. When using a compatible device users will see a Download option listed on the page of titles they can save for later. How long you can save a downloaded title depends on licensing agreements, but Amazon will notify you if a title is about to expire. (By the way, here are the best movies you can watch on Amazon in stunning 4K Ultra HD.)

Starz subscribers with an iOS or Android device can download most of the movies on Starz with the simple press of a button. Titles that can be downloaded feature a download button their page. When you go to download the movie, you’ll be prompted to choose your video quality, either high or medium. It’s not just old movies, either. I was shocked to find  Spider-Man: Homecoming was available. Titles downloaded to the Starz app will auto delete from your phone after two weeks or if the title expires from the Starz service.

Showtime or Showtime Anytime app users on iOS or Android can also download their favorite movies and shows for offline viewing. Titles that are available for download will have a download button featured on their page. Users will be prompted to select 520p or 720p video quality when they download, which can help you save space.

Are you ready to start watching? There are a thousand movies waiting for you on these services while you wait for Hulu offline. Get to binging.