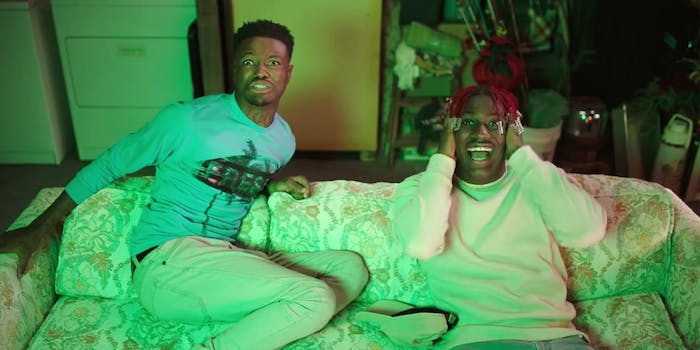 How to watch ‘How High 2’ for free

It's a buddy comedy of blunt proportions.

In 2001, Method Man and Red Man scored a stoner classic with How High, their portrayal of under-achieving potheads who overcame obstacles, bested enemies, and even left an Ivy League school in their wake.

Nearly two decades later, the iconic hip-hop duo is passing the blunt to a whole new generation of THC aficionados looking to make it big. Lil Yachty and DC Young Fly star in How High 2 and will likely uncover new strains of hilarity when it premieres—on 4/20, naturally.

Method and Red will not be reprising their roles for the sequel, but Mike Epps returns as Baby Powder. How High 2 also features new roles portrayed by Deray Davis (21 Jump Street) and Real Housewives of Atlanta star Nene Leakes.

Here’s everything you need to watch How High 2 for free.

When does How High 2 air

What channel is How High 2?

The How High sequel will air exclusively on MTV.

How to watch How High 2 for free

MTV is available on two of the major live TV streaming services, though it’s coming soon to FuboTV. When trying to decide which one is best for you, you’ll want to weigh the cost, the other channels you’ll receive, and the compatible devices for streaming.

Thankfully, no matter which service you pick, you’ll start with a one-week trial, so you can watch How High 2 for free.

Other ways to watch How High 2

You can watch a live stream of MTV on the official site. However, you will need to log in using credentials from a cable provider or streaming service. Note: Philo will work, but Sling TV will not. Some clips are available totally free, but you will need to register an account with MTV before streaming.

The MTV app works just like the website. Download the app, plug in your credentials, and watch How High 2 or your favorite MTV shows on the go.

It’s unknown if there will be much continuity between the first and second How High movies. Still, if you missed out on one of the best stoner comedies of all time, you can rent or buy it before How High 2 premieres starting at $3.99.