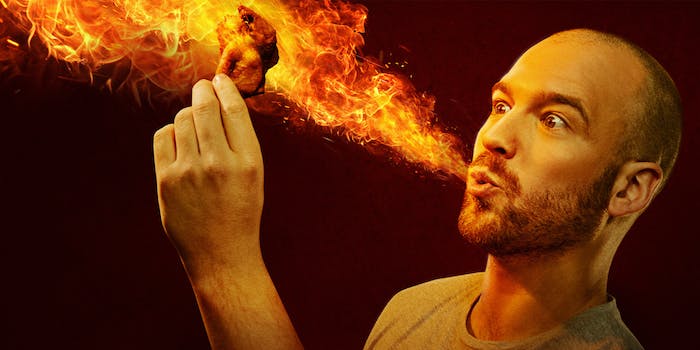 How to watch ‘Hot Ones: The Game Show’

Sean Evans’ YouTube series Hot Ones is half interview show, half hot wing gauntlet, where celebrities test their might against the world’s spiciest sauces. Now, this celebrated series is jumping from YouTube to Boob Tube after getting a minor makeover.

Instead of watching celebrities suffer as they climb the Scoville scale, Hot Ones: The Game Show puts civilians’ skills to the test. There’s trivia, yes. But this game show is a gastronomic excursion to see who can survive the hottest wings on earth. Bring Tums.

Here’s everything you need to know to watch Hot Ones: The Game Show.

Hot Ones: The Game Show host

When does Hot Ones: The Game Show air?

The first episode of Hot Ones: The Game Show premieres on Tuesday, February, 18 at 10pm ET.

What channel is Hot Ones: The Game Show on?

Hot Ones: The Game Show airs on TruTV.

How to watch Hot Ones: The Game Show online