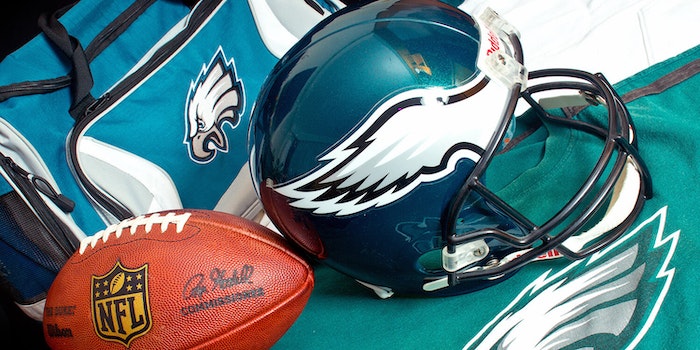 How to stream Eagles vs. Jets in NFL preseason action

As the Eagles and Jets meet in their final preseason matchups, hopefuls fight for the chance to back up stars like Le'Veon Bell and Malcolm Jenkins.

For many NFL players, Week 4 is the most important game of the season. While the superstars will likely spend most of the matchup on the bench, players on the roster bubble will be fighting for a chance to stay in the league.

Regular-season expectations are high for both the Philadelphia Eagles and New York Jets. While the Eagles look forward to potentially having a healthy Carson Wentz for the entire season—though he hasn’t played in the preseason—the Jets are looking at one of the strongest squads they’ve fielded in recent memory.

Week 4 will provide an opportunity for these two teams to bolster their roster and prepare for what both teams hope will be a successful 2019 campaign.

Landing highly-sought running back Le’Veon Bell and re-signing dependable veteran Bilal Powell means the Jets are deep at running back. Therefore, Trenton Cannon and Elijah McGuire will have to fight it out to make the squad. Cannon notched almost 100 total yards last week against the Saints, so it’s now or never for McGuire this week.

At linebacker, an intriguing position battle has developed between James Burgess and Albert McClellan. Jets insiders aren’t sure which of them has a stronger chance at making the team, and this final preseason game could decide which of them will back up this linebacking unit.

Two defensive position battles are key in Philadelphia. Safety and defensive end slots will be hotly contested on Thursday. Josh Sweat, Daeshon Hall, and Shareef Miller are all vying for what is likely the final DE spot on the roster. Based on performance, the job should go to Hall, but a strong Week 4 from the others could change that.

At safety, veteran Johnathan Cyprien finds himself on the roster bubble, and a stronger performance from Rudy Ford or Deiondre’ Hall could make Cyprien the odd man out on a squad that may only carry four full-time safeties into the season.

How to watch the Eagles vs. Jets online

The Eagles vs. Jets game continues the NFL Network’s run of nationally televising NFL preseason games, but even if you’ve cut the cable cord or you want to watch it on your mobile device, there are plenty of ways to accomplish that. But first, you’ll need to get acquainted with NFL Network.

Eagles vs. Jets live stream: How to watch NFL Network

If you want to watch the Eagles vs. Jets online via Sling TV, you’ll need to be subscribed to either Sling Blue ($25 per month) or Sling Orange + Blue ($40 per month). Both of those packages include NFL Network and a number of sports channels—like three ESPN channels, NBCSN, and FS1—and it’s still a nice perk that Sling subscribers can order a la carte packages. Sling TV also offers a special Latino package for bilingual viewers. Sling TV is currently offering a deal where you can subscribe for 40% off the regular price for the first month of your subscription. That means Sling Blue would cost $15, and Sling Orange + Blue would cost $25. (Here’s a complete guide to Sling TV channels and our Sling TV review.)

Eagles vs. Jets: Why it matters

No one wants to think about injuries in the preseason, but if stars like Le’Veon Bell and Malcolm Jenkins miss time, players like Rudy Ford and Trenton Cannon could become household names.

While the Eagles and Jets are expected to improve, even one short-term injury can derail a team that isn’t a juggernaut. Philadelphia narrowly squeaked into the playoffs last year and then narrowly lost to the Saints. If this year’s squad is similar, the margins could make all the difference.

The Jets just want to stop rebuilding. Coming in dead last in the AFC East in four of the last five seasons, means it’s going to take more than Le’Veon Bell and a more experienced Sam Darnold to turn things around. If this squad is going to avoid yet another 4-12 or 5-11 effort, they are going to need to field a more impressive roster from top to bottom.

Tune in on Thursday to see what players could make the difference for these squads, and which players might have to watch the regular season from the practice squad or the comfort of their homes.