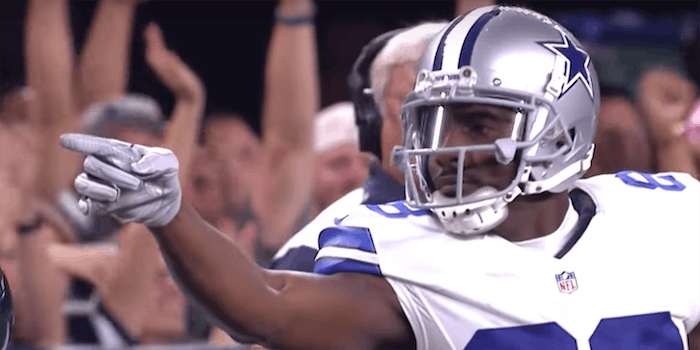 How to stream Cowboys vs. Giants on Monday Night Football

A struggling Giants team faces a talented Cowboys squad that looks like they are back on track.

Over the years, the Dallas Cowboys vs. New York Giants matchup has often been a hotly anticipated, competitive matchup. That’s not the case this season.

After an early boost to the team when he replaced Eli Manning as the Giants starting quarterback, Daniel Jones hasn’t been able to deliver wins in New York. By contrast, the Cowboys look like they have one of the strongest offenses in the league, despite suffering a few tough losses. The ‘Boys are hitting their stride while the G-Men are missing the mark.

Despite finding their quarterback of the future (probably), this looks like a lost season for the Giants. Losses to also-ran teams like the Cardinals and Lions shows that this team can’t put up wins with regularity.

Jones keeps the Giants competitive most weeks and sometimes posts impressive stat lines like his 28/41 for 322 yards and four touchdowns against the Giants. But New York’s pass defense is so bad that even a line like that isn’t good enough. The Giants have given up nine plays of 40 yards or more this season.

Even though Jones has had good games, he makes costly mistakes and the passing game is just okay. For example, last week, Jones had two fumbles though he didn’t throw any picks. He threw four interceptions in the previous two games.

The Giants have offensive pieces to form a nucleus for the future. Unfortunately for them, the Cowboys have an offense built for right now. Before their bye week, the Cowboys demolished the Eagles, in a game where Amari Cooper went for more than 100 yards receiving and Ezekiel Elliot ran for more than 100.

Dallas is not without their issues. The middling defense has struggled to impress, making it hard for the offense to keep up with other high-flying teams. While they have pressured the quarterback better in recent weeks, they still rank 20th in Defensive DVOA. Dak Prescott is having a good year, but he also sometimes makes dumb mistakes. But these issues likely won’t be enough to derail them against the Giants.

After a concerning three-game skid, the Cowboys looked like they’ve turned a corner against the Eagles. Expect them to continue improving against the Giants as they are finally starting to play to the level of their talent.

Cowboys vs. Giants live stream: How to watch MNF online

Michael Gallup, Wide Receiver: Zeke and Amari Cooper should have good games here, but take a look at Michael Gallup too. New York’s run defense is their strength, so don’t be surprised if the passing game yields more than one useful fantasy option. Consider Gallup as at least a flex this week.

Golden Tate, Wide Receiver: By far the best receiving option for the Giants for the last three games, the veteran pass catcher seems to work well with Daniel Jones. Tate is the man in New York, and while Jones will face pressure, he should still get some throws off, even if they are in garbage time.

Dallas Cowboys vs. New York Giants: Why it matters

Divisional games always matter, and while the Giants aren’t competitive, their division is. Even after a thorough beat down of Philadelphia, only one game separates the Cowboys and the Eagles.

The NFC is a really tough conference, and wildcard berths are going to be hard to come by. The Vikings, Rams, and Seahawks are all good teams, and right now, it feels like the only path for an NFC East team to get to the playoffs is winning the division.

If the Giants play a great offensive game or the Cowboys make some dumb mistakes, this game could get close. But, if Dallas plays up to their talent, they should blow the doors off of this inferior New York squad.