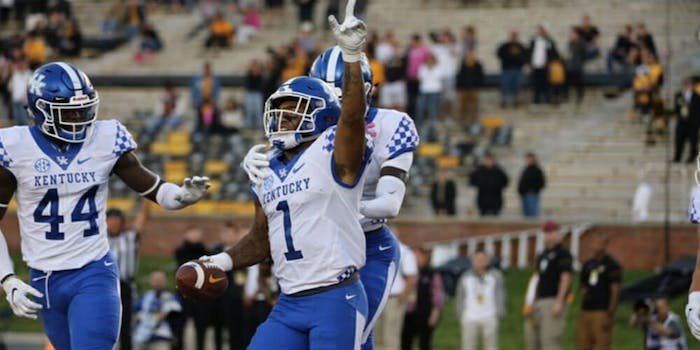 How to watch the Citrus Bowl online for free

Kentucky looks to cap a historic season against a familiar postseason foe.

This has been Kentucky’s most successful season since the 1980s, and when it faces Penn State on Tuesday, it’ll be going for its first 10-win season since 1977. The Wildcats made the top-15 in the AP rankings. They beat Florida for the first time in 32 years. And they’re playing in their first New Year’s Day bowl game since 1998 (where they also played—and lost to—Penn State). Now, you can watch the Citrus Bowl live stream to see if Kentucky can finish its season strong and win its first postseason game in a decade.

Citrus Bowl: How to watch online for free

Citrus Bowl: Why it matters

It’d be quite a boon for Kentucky if the Wildcats can score a victory vs. Penn State. But the resurrection of the Nittany Lions program has been impressive since coach James Franklin picked up the pieces after the Jerry Sandusky scandal. Penn State, with a victory, would break through the 10-win barrier for the third-straight season, the first time that would have occurred since the early 1980s. Kentucky is a 6.5-point underdog, but don’t be surprised if the Wildcats can make this a close game. Or even win it.